A young girl has been reportedly murdered on Sunday morning while going to mass at Catholic church in Obiaruku, Delta State.

According to reports, the girl identified as Anwuli was killed and dumped by unknown person(s) at the Esume – Uku Primary School, Umusume, Obiaruku where her corpse was discovered.

Some residents have taken to their social media pages to share photos of the deceased and mourn her sad departure.

See some of the posts below; 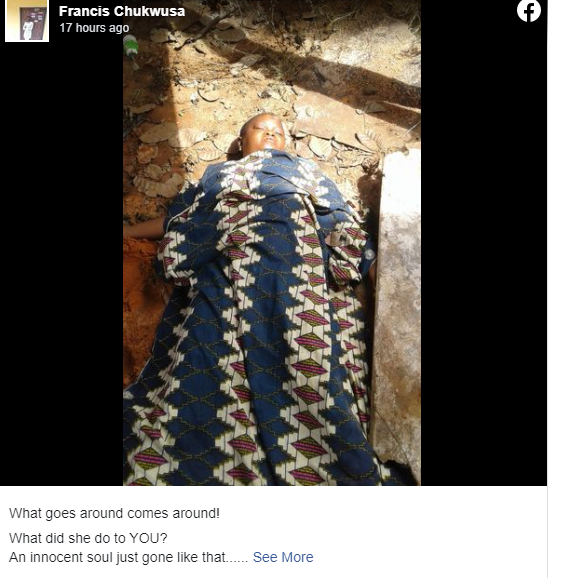 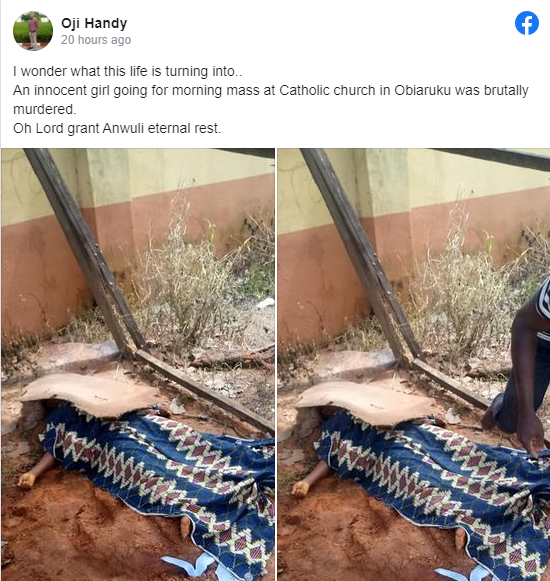