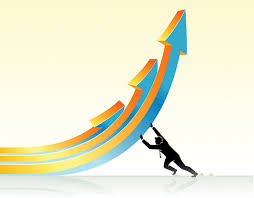 The Lagos State Government says it recorded 81 percent of the projected revenue for the first half of 2020, in spite of the scourge of COVID-19 pandemic on economic activities.

The theme of the lecture is ”Rethinking Lagos fromor The Post COVID-19 Era”.

Egube, the guest speaker at the event, who was represented by Mr. Lekan Balogun, Senior Special Assistant to Gov. Babajide Sanwo-Olu on Economic Matters, said that the 81 percent performance of the projected revenue for the period was at N432.6 billion.

He said that in spite of the COVID-19 pandemic, the government had been able to re-strategize to conform with the demands of the present realities.

According to him, good governance is one that has the ability to respond when disturbances arise.

MORE READING!  Nigeria @60: Buhari to address the nation on October 1

”The state’s economy was projected to grow at four percent prior to COVID-19. However, COVID-19 has affected the possibilities of achieving such a prosperous target.

”Having looked at the half of the year budget performance, it showed that despite the challenges of the COVID-19 pandemic, the total revenue recorded in performance is at 81 percent of our initial target,” he said.

Egube, however, said that while the state’s economy was projected to record a four percent growth, the COVID-19 pandemic has brought in strains that demanded a contraction in the state’s budget by 21 percent in response to constriction in economic activities.

He said that the review of the budget was, among others, necessitated by lower GDP growth, the decline in demands for goods and services, and a shortfall in revenue generation.

The commissioner said that the review in the state’s budgetary plan was effected to maintain a strong response to the effects of the pandemic on food, ensure job creation, economic stability, and economic reforms for ease-of-doing-business.

He said that the experience of the lockdown brought the government to the reality of the shortcomings in the state’s food storage system, which necessitated the increase of the allocation to agriculture to N2.8 billion.

Egube said that with the experience of COVID-19, the state government had introduced the creation of a stabilization fund at one percent of yearly IGR, to provide support during future emergencies.

In his remark, Sanwo-Olu, who was represented by the State’s Commissioner for Information and Strategy, Mr. Gbenga Omotoso, said that in spite of the COVID-19 crisis, ”governance never stopped”.

According to him, as soon as the lockdown was eased, the piloting of the state commenced, which has led to the commissioning of a number of completed projects, while those undergoing execution are set for completion.

He said that the projects completed amidst the COVID-19 lockdown included the rolling out of new buses for ease of transportation, unveiling new boats and channel-routes for waterways; commissioning of new health facilities; housing schemes, among others.

In his goodwill message, the Chief Press Secretary to the Governor, Mr. Gboyega Akosile, appreciated members of the Governor’s press corps for the support given to Sanwo-Olu’s administration in terms of publicity of government programs.

While urging the journalists to continue in that regard, Akosile assured Lagosians of the readiness of the governor to deliver on his campaign promises.

In his address, the Nigerian Union of Journalists (NUJ), Lagos State Council, Dr. Qasim Akinreti, commended the governor for showing exemplary leadership, in spite of the attendant challenges.

According to him, Lagos has excel very well to redefine the way people do things.

”It is on record that when COVID-19 came, the governor stood up to be counted and responded appropriately. Lagos has become a reference point, other governors have come to borrow a leaf from Lagos State,” Akinreti said.