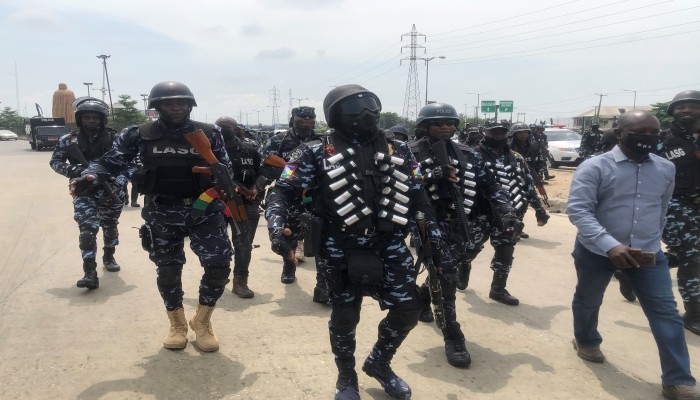 The planned rally at Gani Fawehinmi Park in Ojota, Lagos, have gone awry after the Yoruba Nation agitators protesters who showed up at the venue were harassed and dispersed by operatives of the Nigeria Police Force.

The protesters had gathered at the venue in their numbers while the Commissioner of Police, Lagos State Police Command, CP Hakeem Odumosu was addressing journalists.

While lamenting the rising insecurity in the southwest, they also decried the attack on Sunday Igboho’s residence.

While raising flags, sharing fliers on the Yoruba Nation, the agitators also chanted “Yoruba Nation Now, No going back”, “Igboho Oosa”, “No retreat, No surrender.”

Odumosu while addressing Journalists, stated that protesters have the right to protest, but it is not the right time to protest due to the destruction that followed the last #EndSARS protests.