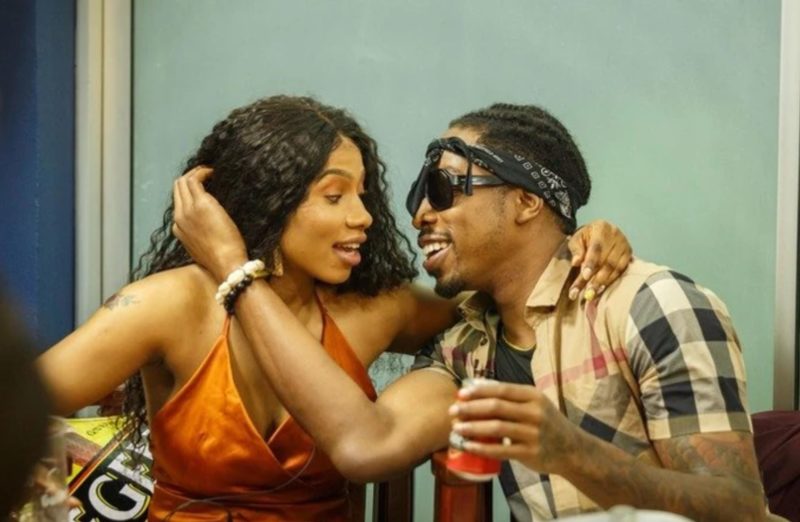 In a recent interview with PUNCH, BBNaija’s Mercy Eke clears the air on her inhouse relationship with fellow housemate, Ike.

The #pepperdem winner claims her love interest, Ike, and her had no actual sex while in the house and still haven’t as of the time of filling this report.

According to the curvy Mercy:

“I told Ike I don’t want to do this thing in the house. I don’t want to have sexual intercourse with him on live TV. We can have fun without having sex. And that aspect was so clear and he was cool with it. In fact, he told me he can stay for one year. That was what he said to me, no matter how pressured we were, we were not going to do this. He tried a lot, even when we were closer. I just say okay, we’ve had enough, this is the end of the road, we have to sleep and that’s how we never did it. At times when I wanted it, he would just tap me and say, you said you didn’t want us to do this and I’d say, okay.”

Speaking further, Mercy said even after leaving the house, they still haven’t gotten down to ‘doing the do’ as both have remained celibate.

MORE READING!  BBNaija: What I dislike about Erica- Kiddwaya

“Nothing has happened, but it’s not going to be like a one-year thing. It will happen, we don’t pretend, it might even be this night. Definitely, it will happen. He is a sweet guy, I have heard other guys tell him, give her alcohol and all, but he still kept his calm. He’s a good guy, but there was a day he said, I will get this, I must get this then I told him that means I won’t be drinking in the house again. I won’t be playing with you this way anymore, I play with you this way because I know you, trust you. But he was like I seriously need it and all, then I told him I will be wearing jeans to bed and all, then he saw I was really serious then he said okay. It’s nothing.”

She ended the interview by saying “But we had fun in the house.”

Put the past behind, embrace peace – CAN to Fatoyinbo, Busola Dakolo