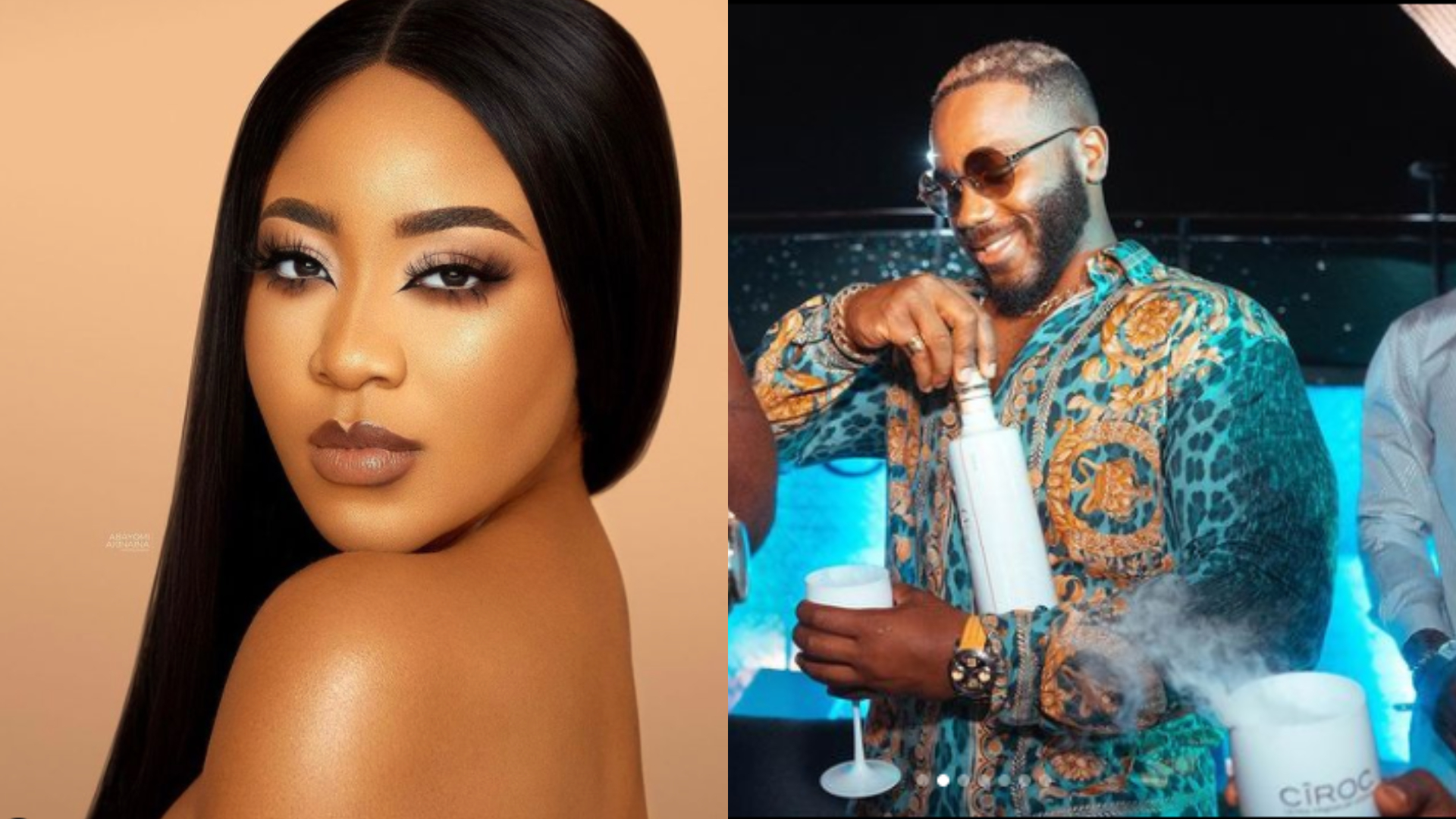 There seems to be a serious rift between disqualified Big Brother Naija housemate, Erica and her perceived lover, Kiddwaya as she hinted that she has no business whatsoever with him.

The reality TV stars who were housemates in the lockdown edition of the Big Brother Naija reality show were lovers in the house and at different times sparked dating rumours outside the house.

Recall that Erica asserted her authority with a comment on Kiddwaya’s recent photo wherein he had his legs opened.

Kidd had shared the photo as he recalled having a good time in Dubai but Erica was more interested in him concealing his egg plant.

“Please close my property”. She wrote.

However, these past days there seem to be bumpy for the duo.

Erica was spotted to have “liked” a Twitter post made by her alleged best friend, @DonMikeOne – In the tweet, her bestie insinuated that Erica has no business with Kiddwaya.

He also warned that people should desist from always linking Erica to Kiddwaya whenever he’s being dragged on social media.

“Let’s be clear. Erica has no business with him. Stop linking her with him or whatever he does.” He tweeted.

Let’s be clear.
Erica has no business with him.
Stop linking her with him or whatever he does.

Surprisingly the star girl liked the tweet, hinting that she agrees with what DonMike has tweeted. 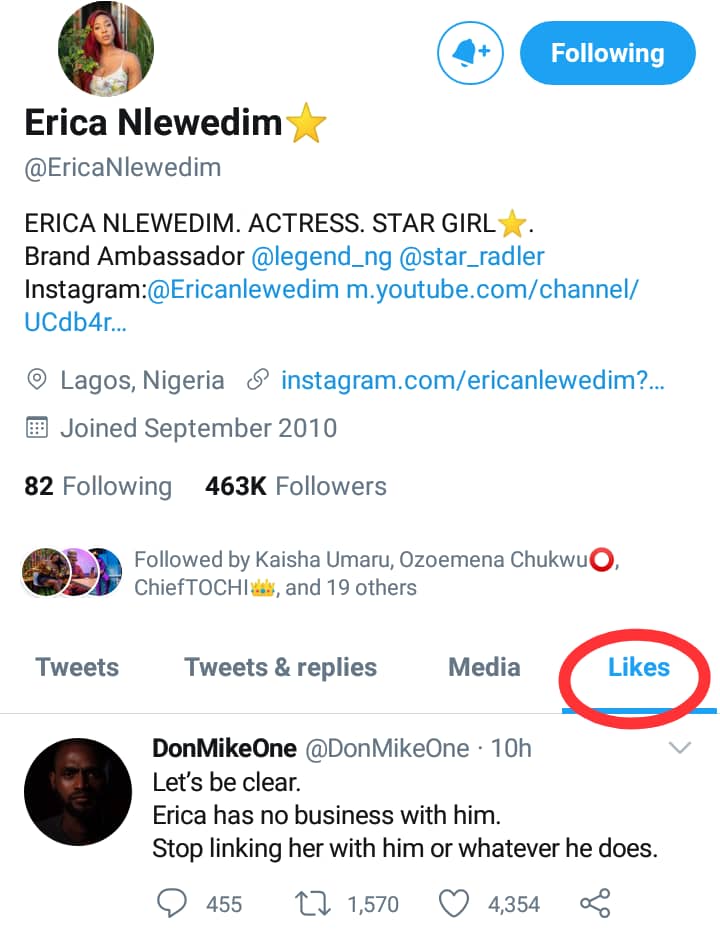