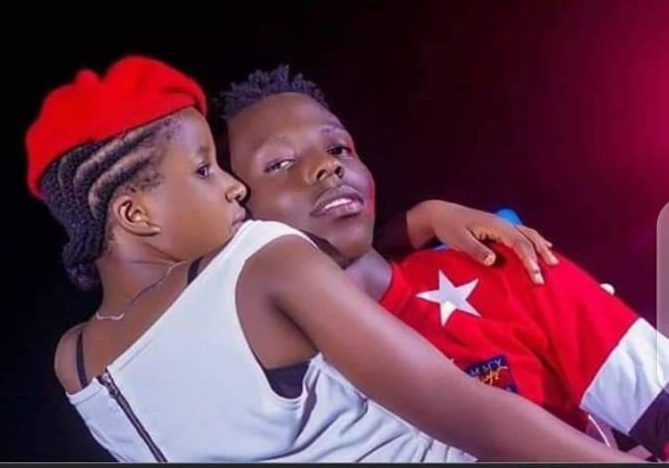 A young lady, Favour Mathias, has disclosed how she got hooked on a popular brand of antacid and laxative, Andrew Liver Salt, as an emergency contraceptive after sex.

According to GlaxoSmithKline Pharmaceutical Plc, manufacturer of the product, Andrew Liver Salt is originally meant to relieve heartburn, indigestion, and constipation symptoms.
But Favour thinks otherwise.

The teenager reiterated that ever since her boyfriend, whom she identified as ‘Edidem Emmanuel’ introduced her to the laxative, she has not missed her period.

In a viral video posted on her Facebook page, the young lady was seen expressing love for her boyfriend.

In the clip, she was captured saying she will willingly abort any unwanted pregnancy even if the boyfriend releases in her multiple times.

“I asked him. How many times did you come inside. He said just twice. I said what if am pregnant, I told him bby what if moi mum finds out. He told me den we will flush it Edidem Emmanuel dad mii. I’ll do abortion for your sake.

“Anything for you bby even it its to leave my parents. I will do that to make you happy. I will not leave you for another guy. If not for andrew liver salr you always give me, I’ll be pregnant by now.” 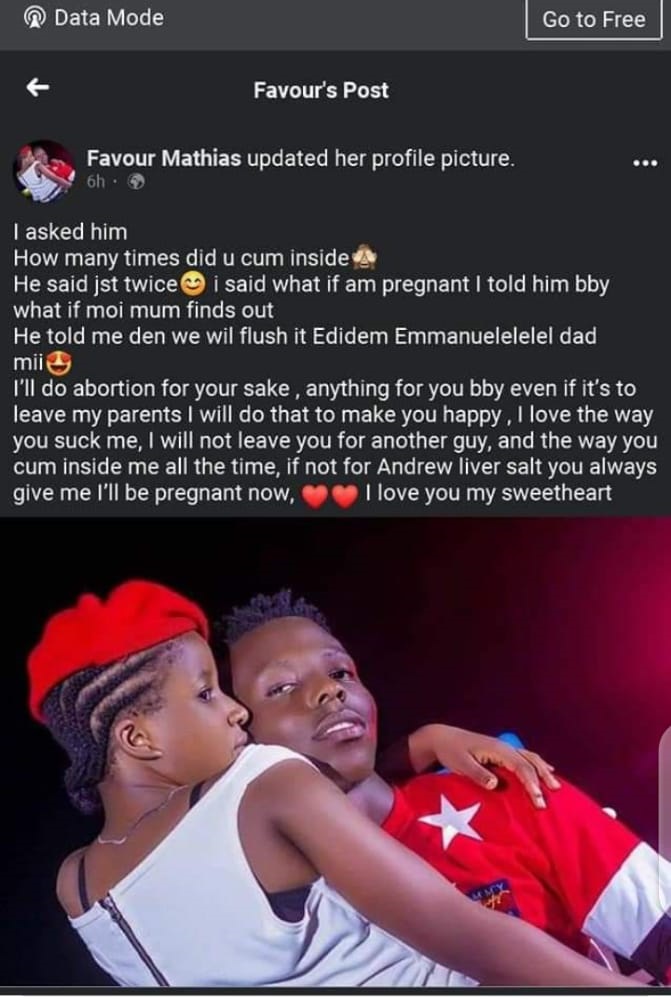 MORE READING!  Hilarious reactions as lady reveals her date brought own bread to restaurant to 'save cost'
Related Topics:A young ladyfavour mathiasTeenager
Up Next