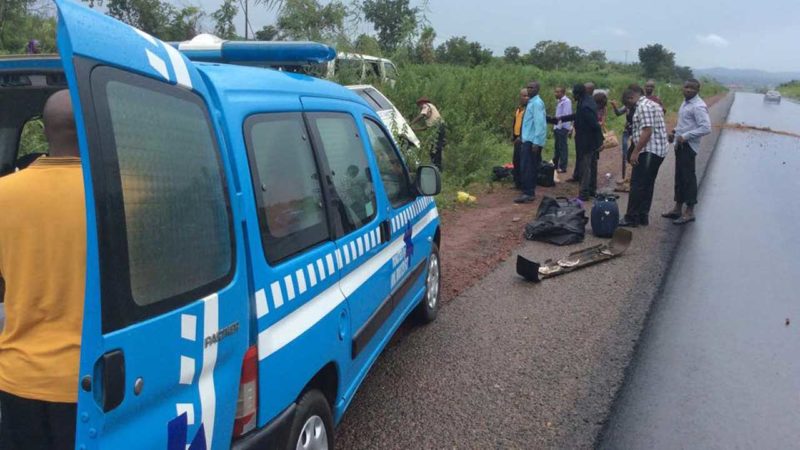 A hit-and-run driver, on Friday killed a male adult who was crossing the road at Aroma junction along Onitsha-Enugu expressway in Anambra.

The State Commander of the Federal Road Safety Corps (FRSC),  Andrew Kumapayi, confirmed the incident to newsmen in Awka.

Kumapayi said the accident occurred at about 6 p.m.

“Eyewitness account shows that the pedestrian was knocked down by the speeding driver while crossing the road.

“The Rescue team from FRSC Headquarters was alerted. On getting to the scene, they found the man but there was nothing to identify him.

“He was taken to the Chukwuemeka Odumegwu Ojukwu University Teaching hospital, Amaku in Awka, where he was confirmed dead by the doctor on duty, and his body deposited at the morgue,” he said.

He also advised pedestrians to be watchful when walking along the road and not be distracted, saying they should use the safest means of crossing the road if need be to avoid accidents.