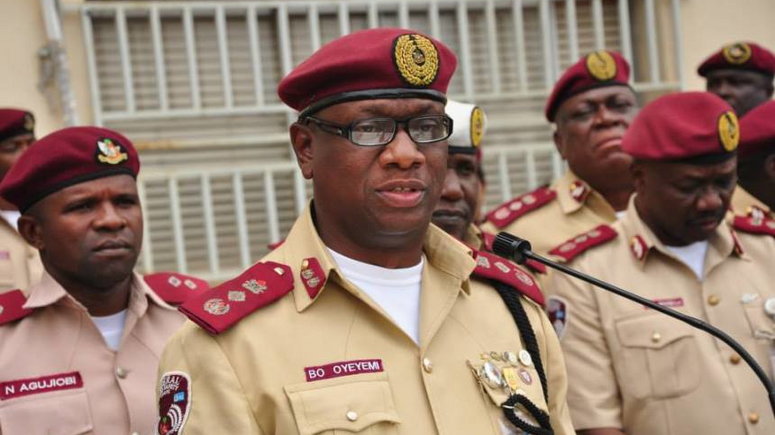 This was contained in a statement released by the corps on Monday.

The commanding officer for RS4 Jos Zone identified as Kayode Olagunju described the act as illegal, and warned that such vehicles would be impounded and the owners prosecuted.

Olagunju noted that the practice of covering number plates was common among politicians and government officials in the zone, which comprises Plateau, Nasarawa and Benue states.

“This illegal conduct, according to him, has both safety and security implications, adding that Sections 10(4)(h) & 10(4)(s)of the FRSC (Establishment) Act, 2007 makes it mandatory for vehicle identification mark (number plates) to be conspicuously displayed on the vehicle,” the statement read.

“Also, the National Road Traffic Regulations (NRTR) 2012 in sections 36 and 39 make it an offence not to properly display vehicle identification number on any vehicle plying Nigerian roads.

“The Zonal Commander stated that such vehicle will be impounded while the drivers/owners will be arrested and prosecuted in line with the extant laws.”

Also, Terry Hoomlong, acting zonal public education officer, called on all motorists to ensure that they comply with the regulations on proper registration “to avoid any form of embarrassment”.