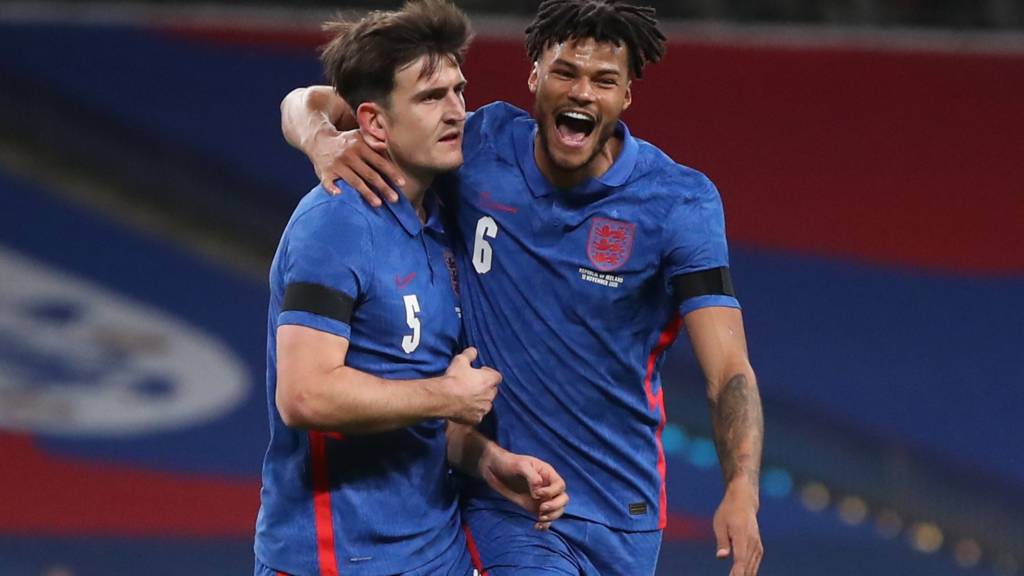 Manchester United defender, Harry Maguire was on target for the Three Lions during the 3-0 victory over Ireland at the Wembley Stadium on Thursday night.

The former Leicester City who started his season on the wrong side of the pages opened the scoring for Gareth Southgate’s side on the night with a neat header.

Although Southgate’s men lost Liverpool’s Joe Gomes due to an injury during before the match, Maguire had less work to do against an Ireland side who only managed two shots on target in the entire game.

Maguire’s goal came from a corner-kick in the 18th minute after a Harry Winks’ cross found its way to the United man’s head and eventually the back of the net.

England dominated much of the game and they kept pushing towards the opponent’s goal. It would finally open up again in the 31st minute when Borussia Dortmund star Jadon Sancho made it 2-0.

The home side were awarded a penalty in the second half When Arsenal youngster, Bukayo Saka, was brought down in the Ireland box right in form of the referee.

Everton striker Dominic Calvert-Lewin converted the penalty to make it 3-0 in the 56th minute.

VAR can only be effective if properly used, Argentina’s coach says