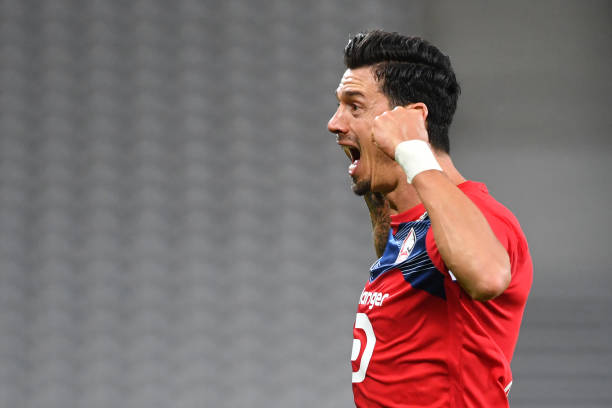 Portugal defender Fonte, who turns 37 later this month, powered in a header at a Bamba corner at the end of the first half to move Lille a point clear of PSG and two above Marseille who have two games in hand.

Lille travel to bottom side Dijon in midweek before the visit of defending champions PSG next Sunday in what could be a defining week in terms of a competitive title race this season.

“We did our job. We’ll go home and watch the other match (PSG v Lyon),” said Fonte. “We’ll keep going game after game and give everything.”

Just three points separate the top five clubs in Ligue 1, with in-form Lyon unbeaten in 10 matches and Montpellier winners in five of their past six.

Lyon, who have won at the Parc des Princes since 2007, will hope PSG are feeling the effects of completing their midweek Champions League match against Istanbul Basaksehir 24 hours later than planned.

Marseille reeled off their sixth successive victory on Saturday by beating Monaco 2-1 after their European adventure came to an abrupt end following a disastrous Champions League campaign.