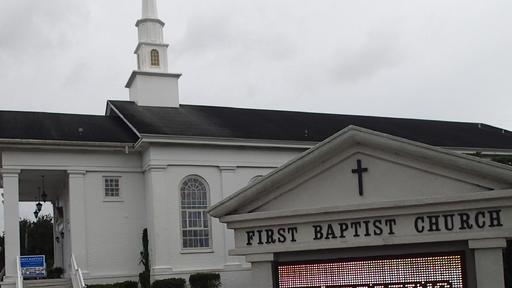 First Baptist Church, Keffi, Nasarawa State, has lauded the leadership of President Muhammadu Buhari for its passion for the country and its citizens, as it celebrates its 100th anniversary.

Dr Samson Adegoke, Chairman of the church’s Centenary Organising Committee, who gave the commendation at the occasion of the 100 Anniversary of the church, on Saturday in Keffi, described the Buhari-administration as focused.

Adegoke, who is also the Head of Finance and Accounts, Federal Medical Centre, Keffi, hailed the Federal Government for its efforts toward curtailing incidences of security breaches across the country.

“Today, we walk our streets, and enter our churches with a high sense of security, though there are few occasions of security breaches which the Federal Government has also put plans in place to nip in the bud.

“For this, we sincerely appreciate the focused leadership of President Buhari, a President passionate about Nigeria and its citizens.

“We pray to God Almighty to preserve our President’s life, grant him longevity of life and wellbeing to steer the affairs of our country to greater heights,” Adegoke said.

He urged all members of the Baptist Church family to remain committed to the mission of the church as an edifice that represents God’s house.

He also urged members of the church to exemplify the call of the Lord through spreading the message of love, unity, respect for rule of law, good neighbourliness and service to humanity.

He noted that the First Baptist Church, Keffi, had grown over the years and had enjoyed peaceful coexistence with its Muslim neighbours in the area.

“This will not have been possible without a good leadership and followership founded by our forefathers under the watch of His Royal Highness, the late Alhaji Audu Zanga, and sustained through generations,” he said.

Adegoke, therefore, commended the people of Keffi for their hospitality, accommodative nature, tolerance and good neighbourliness, adding that Keffi had over the years, surmounted all challenges that had uprooted the bases of many communities.

In his speech, the Emir of Keffi, Dr Shehu Yamusa III, preached love, peace, tolerance and unity among all the people of Keffi, irrespective of their cultural and religious backgrounds.

Idris, who is also the Chairman, Maigida Foundation, a Nasarawa State-based charity organisation, commended the role of Baptist Church in educational development and deepening peaceful coexistence in Keffi.

In attendance were: Mr Femi Adesina, Special Adviser on Media and Publicity to President Buhari, former Gov. Christopher Alao-Akala of Oyo State, the Olugbon of Orile-Igbon, His Majesty, Oba Francis Alao, and the President of Christian Association of Nigeria (CAN), Rev. Samson Ayokunle.

The First Baptist Church, Keffi, was established in 1910.

You can die if you marry the wrong person, Omokri warns singles