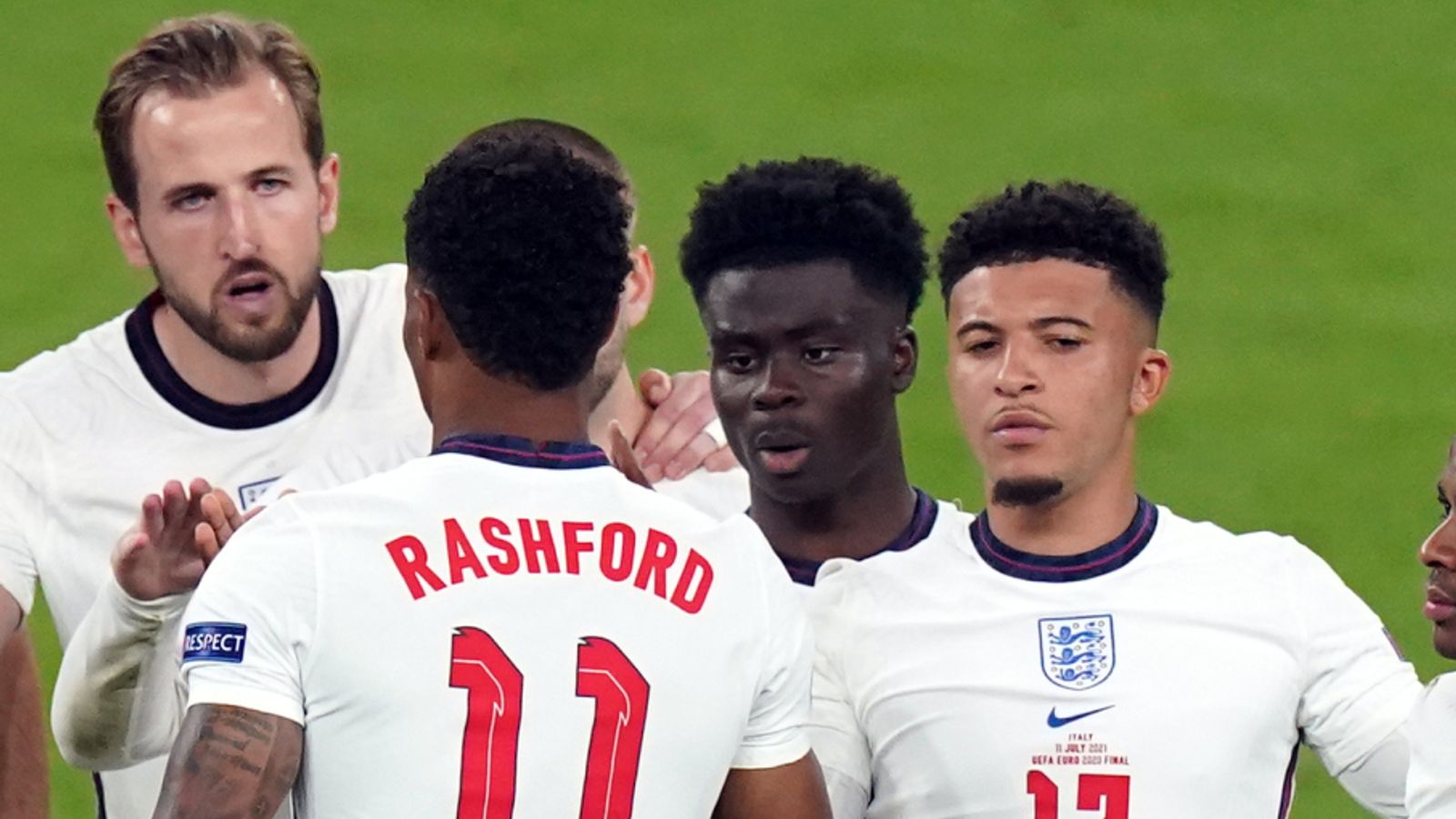 England players, Bukayo Saka, Jadon Sancho and Marcus Rashford have been subjected to racial abuse on social media after their penalty misses cost the three lions the Euro 2020 trophy at the final against Italy.

The trio was introduced by coach Gareth Southgate with the game already at 1-1 after Leonardo Bonucci cancelled out Shaw’s opener.

Shortly after their introduction, the game entered into penalties and Manchester United duo, Rashford and Sancho spewed theirs in quick succession, followed by Arsenal’s Saka who had been brilliant in the tournament.

Following the online racial abuses directed towards the trio, the Football Association has condemned and described the denigrating remarks said to the players as disgusting.

“We could not be clearer that anyone behind such disgusting behaviour is not welcome in following the team,” said the FA in a statement.

“We will do all we can to support the players affected while urging the toughest punishments possible for anyone responsible.

“We will continue to do everything we can to stamp discrimination out of the game, but we implore government to act quickly and bring in the appropriate legislation so this abuse has real life consequences.

“Social media companies need to step up and take accountability and action to ban abusers from their platforms, gather evidence that can lead to prosecution and support making their platforms free from this type of abhorrent abuse.”

Guess the countries with most EURO trophies