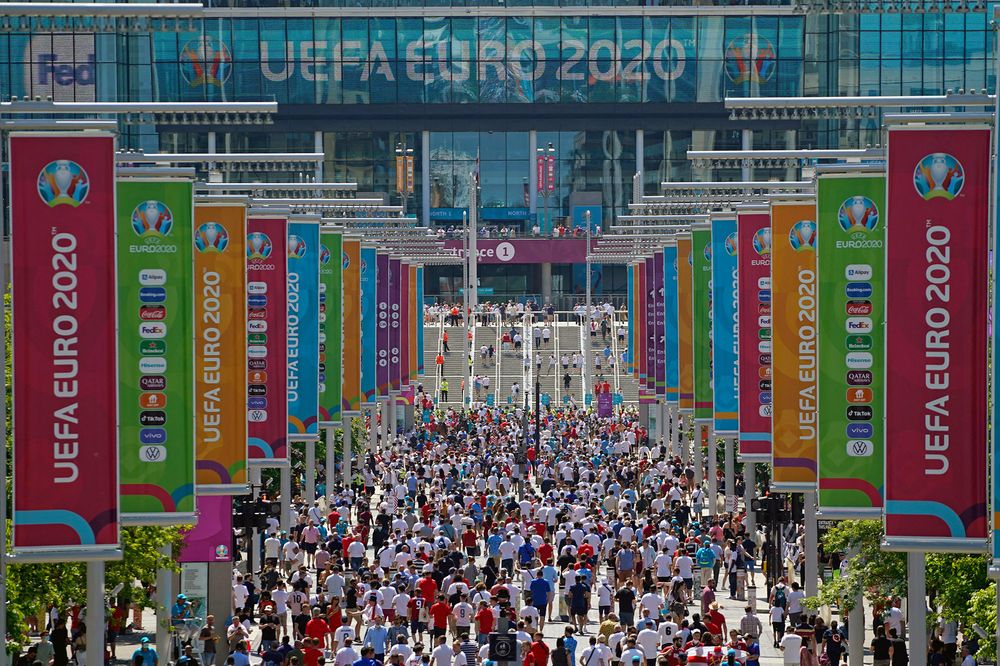 As England and Italy prepare to either ‘Bring It Home’ or ‘Take it To Rome’ in tomorrow’s mouthwatering EURO 2020 final clash at Wembley Stadium, the desperation to get tickets has increased.

Wembley is expecting over 60,000 on Sunday and Marca reports that the Euro 2020 decider is sold out, leaving fans to try to buy tickets through resale websites (black market) where prices have skyrocketed, especially after England sealed their passage on Wednesday night after beating Denmark in the semi-finals.

According to UEFA’s official website, tickets were originally valued at a reasonable £81.16 (€95), however, black markets are now reportedly selling tickets from around £3,200 to as high as £17,000 on some websites.

Meanwhile, the Football Association will beef up security at Wembley after hundreds of ticketless fans got into the ground for England’s semi-final victory over Denmark.

DailyMail reports that the stewards were unable to prevent some supporters from storming the stadium and gaining access without showing tickets despite checkpoints for assessing each fan’s Covid-19 status around the perimeter.

In addition to extra security, the FA has asked stewards to be more thorough in checking each fan’s Covid status after receiving complaints that many were simply ushered through checkpoints after waving their mobile phones.

Some fans can travel from Italy

Thus, the majority of the fans who will attend the final are expected to be supporters of the Three Lions, while according to Reuters, UEFA has reached a deal with the British government to allow up to 1,000 fans to fly from Italy.

However, those fans must stay in England for up to 12 hours and fly to the country with charter flights. Their trip will be organised by the Italian Football Federation, while dedicated transport will be used to take them from and to the airport.

Italy have only won the European Championship once in 1968, while they were runners-up in 2000 and 2012 after losing to France and Spain respectively.

England, meanwhile, are set to play in their first major final since the 1966 World Cup, which they won. They have never won the European Championship before, nor had they ever reached the final until now.

Queen Elizabeth sends message to England ahead of EURO 2020 final