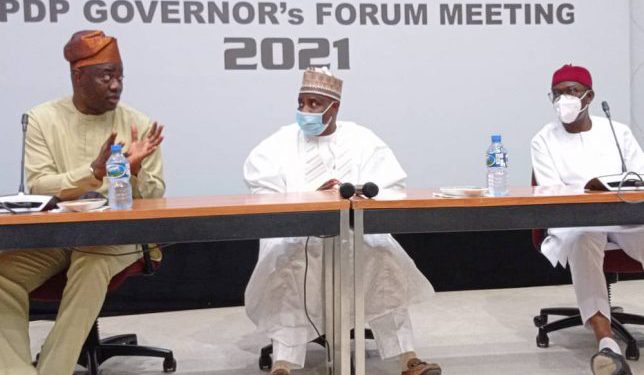 Members of the Peoples Democratic Party (PDP) in the National Assembly have thrown their weights behind the recent resolutions of the southern governors and also rejected the three per cent oil equity share for the host communities, among others.

Addressing journalists in Abuj,a the PDP senators led by Senator Enyinnaya Abaribe and Hon. Ndudi Elumelu, commended the governors for the courage they displayed in taking their bold steps notwithstanding their political party differences.

The opposition lawmakers also pledged to remain actively committed in their legislative activities to ensure that all the demands of the governors were met in the various legislation pending before the National Assembly.