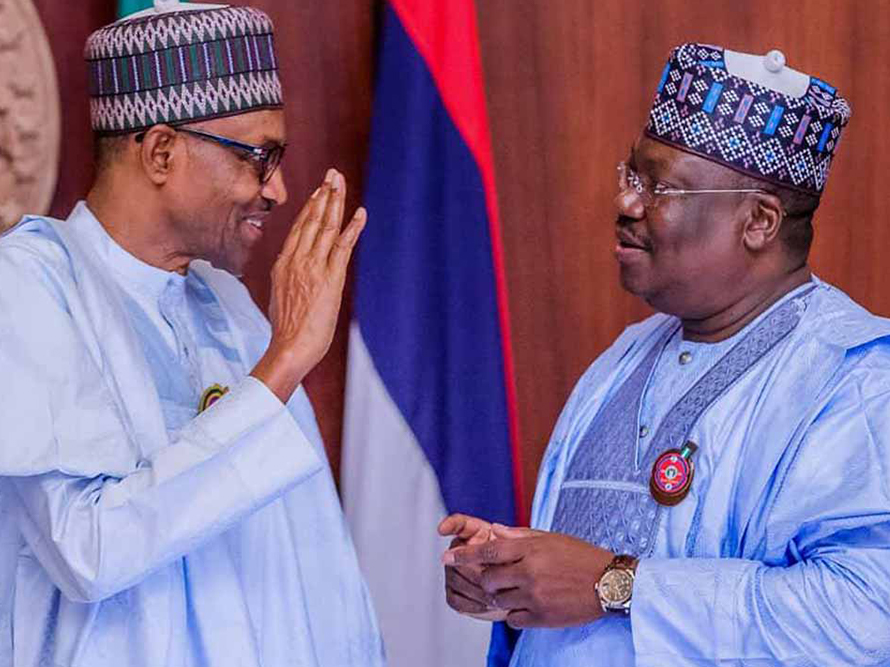 The Senate on Wednesday granted authorisation to the President, Major General Muhammadu Buhari (retd) for External Borrowing in the 2021 Appropriation Act worth the sum of N2.343 trillion ($6.183 billion USD).

This was just as it directed the Minister of Finance, Budget and National Planning, Zainab Ahmed, the Director-General1 of the Debt Management Office, Patience Oniha, and the Governor of the Central Bank of Nigeria, Godwin Emefiele, to submit to the National Assembly within ten working days (excluding the day of close of trading), a letter containing the United States Dollars amount so raised and received as a result of the approval together with the applicable exchange rate.

According to a press statement signed by Ezrel Tabiowo, Special Assistant (Press)to President of the Senate, Ahmad Lawan, the sum is expected to be sourced through the Issuance of Eurobond in the International Capital Market.

The approval by the upper chamber followed the consideration of a report by the Committee on Local and Foreign Debts.

Chairman of the Committee, Senator Clifford Ordia (PDP, Edo Central),  said that in considering the President’s request, the Committee noted the serious concerns of Nigerians about the level of sustainability and servicing of Nigeria’s External Borrowing.

According to him, “due to the shortfall in our annual revenues in relation to our need for rapid infrastructural and human capital development, we had to pass deficit budget every year requiring us to borrow to finance the deficit in our budget.”

Ordia explained that the new borrowing was calculated at an Exchange rate of USD1/N379, and raised from multiple sources – multilateral and bilateral lenders through the issuance of Eurobonds in the International Capital Market.

He emphasized that the proceeds of the USD$6.183 would be used to fund various specific capital projects specifically from priority sectors of the economy namely; Power, Transportation, Agriculture, and Rural Development, Education, Health, Provision of counterpart funding for Multilateral and Bilateral Projects, Defense and Water Resources.

The lawmaker disclosed that the final terms and conditions – the interest rate and tenors in the case of Eurobonds – can only be determined at the point of issuance of the Bonds in the International Capital Market and would be subject to market conditions prevailing at the time of issuance.

Accordingly, the Senate while adopting the resolutions of the Committee on Local and Foreign Debt approved the issuance of $3 billion USD but not more than $6,183,081,643.40 Eurobond in the International Capital Market for the implementation of the new External Borrowing of N2,343,387,942,848, for the financing of part of the deficit authorized in the 2021 Appropriation Act.

It also approved that the amount authorized may be raised from multiple sources such as the International Capital Market and any other Multilateral or Bilateral sources as may be available.

In addition, the upper chamber directed the Minister of Finance, Budget and National Planning, the Director General of the Debt Management Office and the Governor of the Central Bank of Nigeria to submit to the National Assembly within ten working days (excluding the day of close of trading) a letter containing the United States Dollars amount so raised and received as a result of the approval together with the applicable exchange rate.

In his remarks, the Senate President, Ahmad Lawan, stressed that the approved external borrowing is not a fresh loan by the President Buhari administration but a request captured in the 2021 Appropriation Act passed by the National Assembly last year.

He, however, tasked Committees of the National Assembly to carry out strict oversight on how the loans are applied to the implementation of the 2021 budget.

Lawan urged Ministries, Departments and Agencies of Government entrusted with the management of the funds to ensure prudent application to projects across the country.

“Our committees should be alert on how the funds that will be borrowed will be used.

“No frivolous expenditures should be entertained. I imagine that everybody in the trust of public funds, especially this laws will be as prudent and economical as possible”, he said.