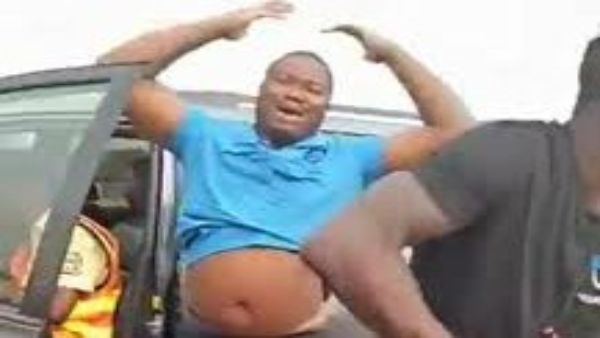 The driver of a sports utility vehicle, Sunday Okodo, who was caught on tape driving against traffic and knocking a policeman over a bridge along the International Airport Road, Lagos has been arraigned at Bolade Oshodi Magisterial Court.

A statement by LASTMA assistant director of public affairs, Filade Olumide, said the suspect was arraigned on Friday on a six-count bordering on driving against traffic (one-way), resisting arrest, reckless and dangerous driving, driving without a valid driver’s licence, assaulting a police officer and attempted murder.

The suspect was not allowed to take plea on the attempted murder charge because the court has no jurisdiction over it.

LASTMA general manager Olajide Oduyoye, according to the statement, said the suspect would be charged separately at the High Court at a later date.

“The reckless driver however pleaded guilty to all the other five-count charges and the case was adjourned till Friday 26th March 2021 for continuation of the trial.

“He was remanded in Badagry prison with no bail condition attached.

“Oduyoye enjoined Lagos motorists to always abide by the traffic law or else those caught would be made to face the consequences of the full wrath of the Law,” the statement added.