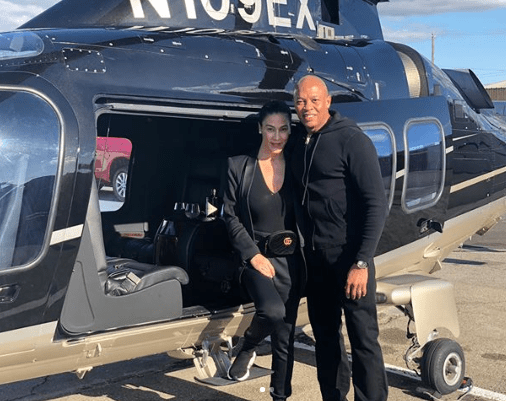 Nicole allegedly filed for separation from the 55-year-old rapper at the Los Angeles County Court on Monday, citing ‘irreconcilable differences.’

The exes did not sign a prenup before getting married and Nicole is seeking spousal support, sources told TMZ.

Nicole spoke highly of Dre in the Netflix docuseries The Defiant Ones, which follows the artist’s partnership with producer Jim Iovine.

Dre last shared a photo with Nicole on Instagram in September 2018, posting a snap of them laughing alongside the caption: ‘Was just an average Tuesday.’

Several months earlier, he treated the lawyer to a helicopter ride to see the musical Hamilton for their 22nd wedding anniversary.

Sharing a snap of them posing in front of the helicopter, he wrote: