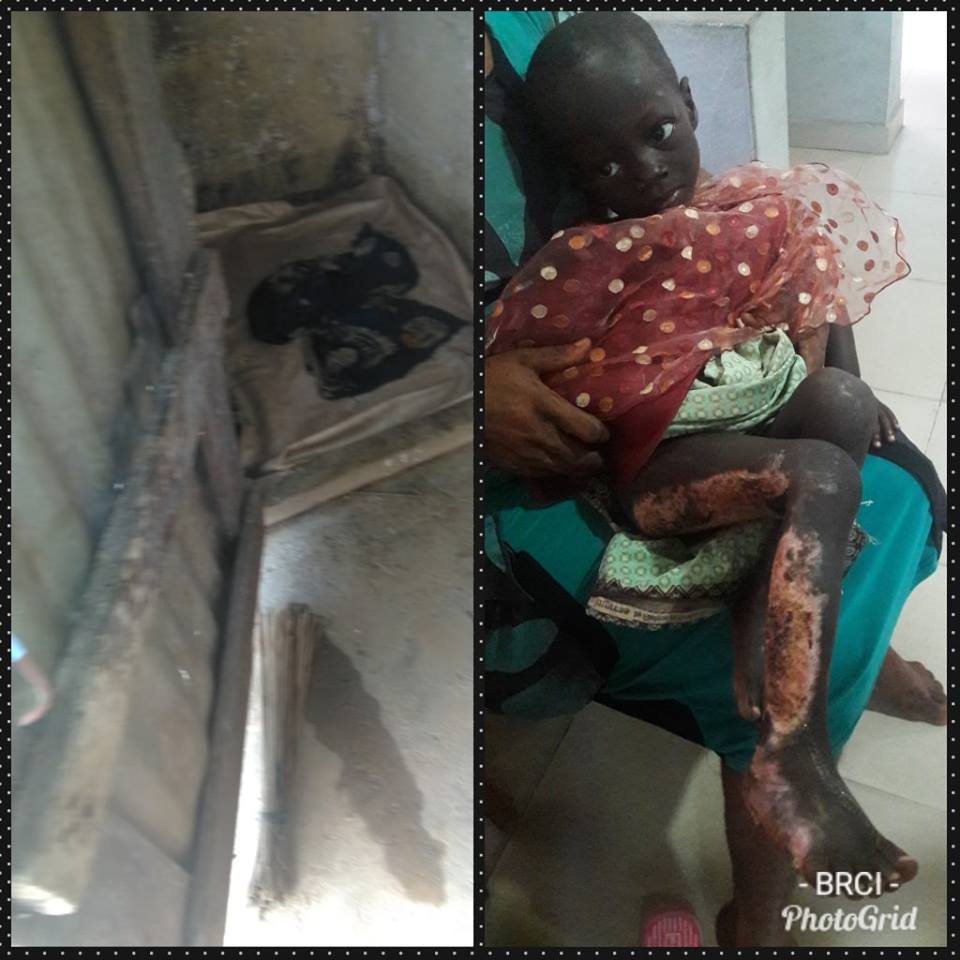 A yet to be identified uncle has been arrested for setting his two-year-old niece on fire in Akamkpa Local Government Area of Cross River State.

Reports said the suspect, who constantly maltreated the little child, tied her to a guava tree and set her on fire for allegedly pooing around the house.

The little girl who has been rescued by Child Protection Network (CPN) Akamkpa, and brought to Basic Rights Counsel Initiative (#BRCI) is currently undergoing treatment.

BRCI revealed that it will press for prosecution against the girl’s uncle (her father’s elder brother).

It was gathered that she sustained high degree injuries from the fire. She can’t stand nor sit as a result of the burnt.

Reports said apart from the injuries, she is looking malnourished and terribly underweight.

She sleeps outside on a makeshift bed not even good enough for a dog let alone a human being.

OBTAINING BY TRICKS! Police arrest Deputy Superintendent of Prisons, others for armed robbery