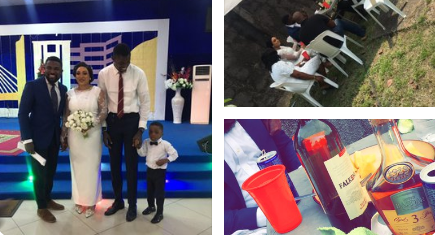 Photos from the simple reception of a Nigerian couple has emerged online as it was indeed an unusual one.

It was said to have been attended by few of their friends after they exchanged their vows in Port Harcourt, the Rivers state capital.

A Twitter user, who seems to be the couple’s friend identified as Mr Alayi, took to his handle to share photos from the church ceremony and reception held under a canopy with a table at a backyard on Thursday, December 24, 2020.

They had only one friend and a little boy at the church ceremony while the simple reception had about seven friends in attendance.

There were no Asoebi, bridesmaids, groomsmen, glitz and glamour of typical Nigerian weddings.

“The wedding – The reception” he captioned the photos. 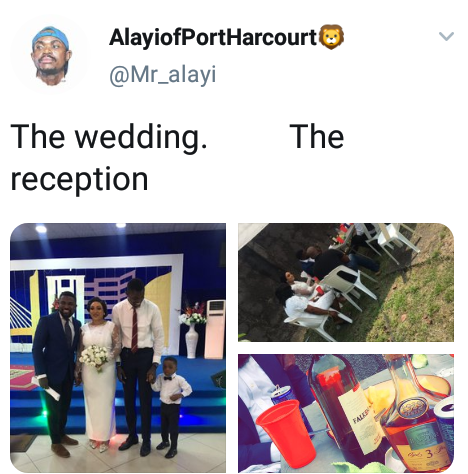 However, the tweet has since garnered over 24.9K Likes,  4,495K Retweets and hundreds of comments with different reactions.

Some were in support of the couple organizing a simple reception while others were of the opinion that it could have been done in a better way.