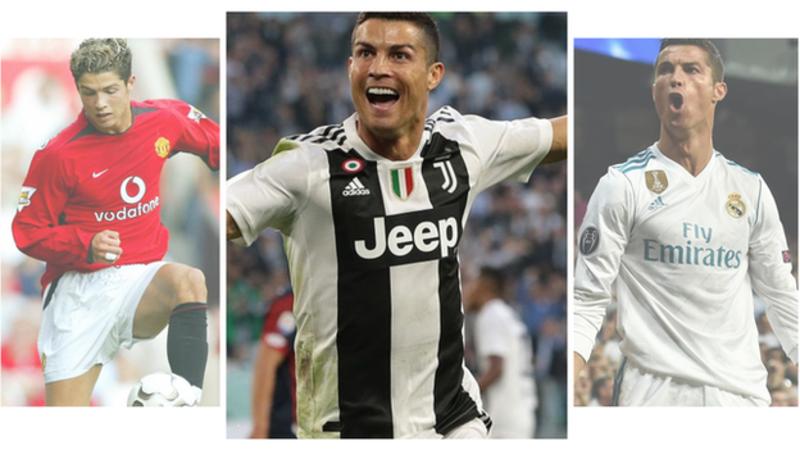 Five-time Ballon d’Or winner, Cristiano Ronaldo, has reached another milestone as he became the first-ever human being with 250 million Instagram followers.

WuzupNigeria can confirm that Instagram’s verified account is the only account with more following on the picture app (382m followers) than the recently crowned Player of the Century 2001-2020 at the Globe Soccer Awards.

RT reports that Ronaldo has more Instagram followers than all the English Premier League clubs which have 159 million followers combined.

Ronaldo makes $975,000 per advertised post on Instagram, according to a study published on Buzz Bingo. He reportedly earned $47.8 million from his social media posts.

The Juventus forward officially, in June, became the highest-paid footballer on the planet in 2020, according to Forbes, and was the highest-earning athlete in lockdown after making nearly £1.9 million through Instagram alone.

As at June 2020, Ronaldo has a total of 429.3 million followers across all social media platforms, but with a $65 million annual salary and bonus at current club Juventus, Ronaldo made $650 million through football alone with the rest coming from an array of endorsement deals off the pitch.

His endorsements include lucrative deals with Nike, Armani, Tag Huer, Egyptian Steel, EA Sports, PokerStars and Castrol, amongst others.

With Nike, Forbes reported Ronaldo has a lifetime deal which is worth more than $1 billion. He is one of three players to have a lifetime deal with the sportswear brand. The other two are LeBron James and Michael Jordan.

At the time of this report, the former Real Madrid and Manchester United star has a total of 340.2 million followers on his verified Instagram and Twitter accounts.