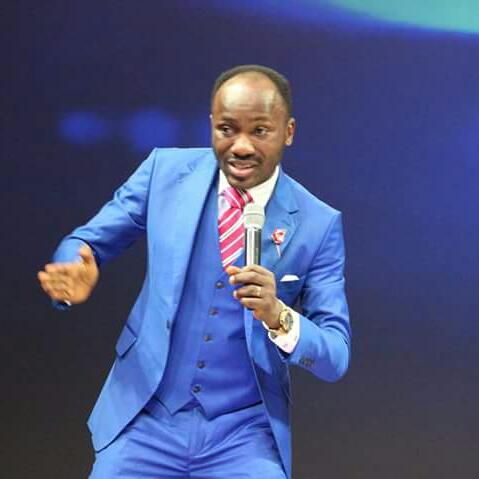 The General Overseer of the Omega Fire Ministries International, Apostle Johnson Suleman, and the church have been sued for N2bn by a former Pastor of the church, Mike Davids for unlawfully interfering in his marriage.

Davids had last week accused Apostle Suleman of hypnotising and committing adultery with his wife, Pastor Faith Edeko, who now heads the Utako, Abuja branch of the church.

Alleging threat to life, Davids had written a petition to the Inspector-General of Police, Mohammed Adamu, who had in turn ordered a probe into the matter.

On Thursday, however, Davids filed an action in Pet/041/2021 before the court, accusing Apostle Suleman of destroying his home and preventing him from seeing his three children.

In the petition for decree of restitution of conjugal rights, the petitioner stated that he married his wife pursuant to Section 24 of the Marriage Act at St. Andrew’s Cathedral, Ekpoma, on December 6, 2008 by virtue of which only a High Court can annul.

Among other reliefs, Davids is seeking an order of perpetual injunction restraining Apostle Suleman, the church and their agents from gaining access or relating with his wife and three children.

He is also seeking, “an award of punitive and exemplary damages in the sum of N2bn against the defendants for unlawful interference with the claimant’s contract of marriage and the cost of N2m being the cost of prosecuting this action before this honourable court.”

Both Apostle Suleman and Pastor Edeko have denied Davids’ allegations.

Pandemic has catastrophic impact on cancer care – WHO regional head