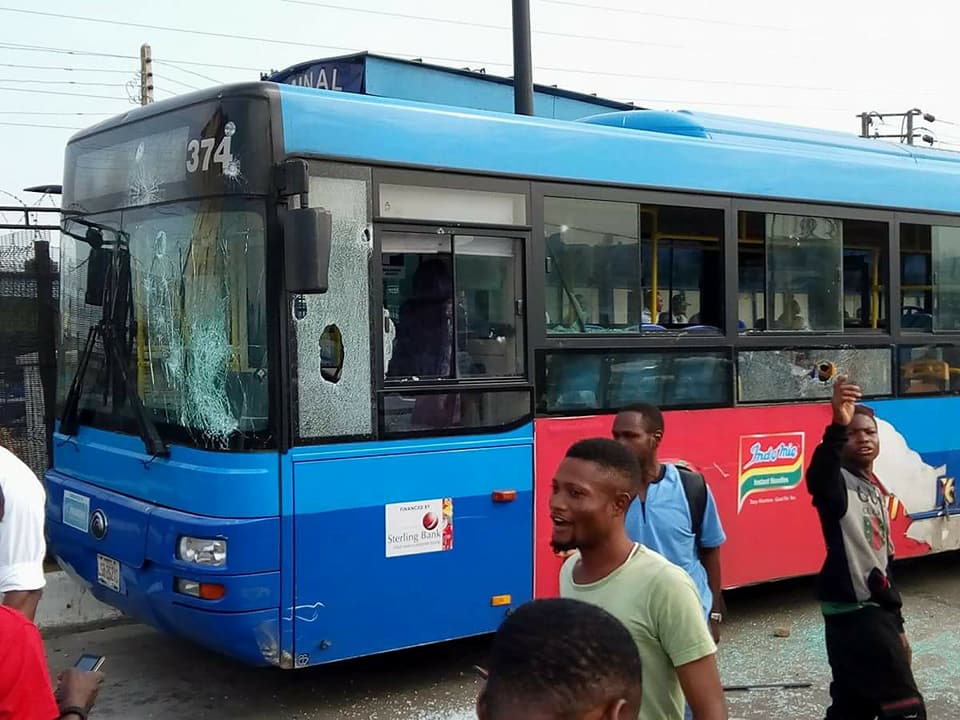 A young lady, on Thursday, escaped lynching by an irate mob over alleged snatching of the manhoods of three men in a Bus Rapid Transit (BRT) bus at Onipanu Bus Stop in Lagos.

A passenger in the bus, who pleaded anonymity, said that a man suddenly raised the alarm that his manhood had disappeared immediately the young lady touched him in the bus.

She added that two other men standing close to the first man almost immediately raised the same alarm, after feeling their organs.

Speaking at the police station, an unidentified police officer, confirmed the incident. He said that the police were on top of the situation.

The three affected men were taken to an undisclosed hospital for confirmation of their claims.

WuzupNigeria recalls that in April, Nigerian musician, Small Doctor, escapes lynching after some men he gave men accused him of stealing their manhoods.

The singer was attacked by these men and he would have been lynched had the police not come to the rescue.

Also in September 2018, an Okada rider allegedly lost his manhood after an unidentified penis thief touched his leg.

The Okada rider said he felt like he was electrocuted when the strange ordeal occurred.

The penis was, however, restored.

‘Seven in 10 workers are self-employed’

I still cringe whenever I remember, says lady who allowed her boyfriend date her best friend