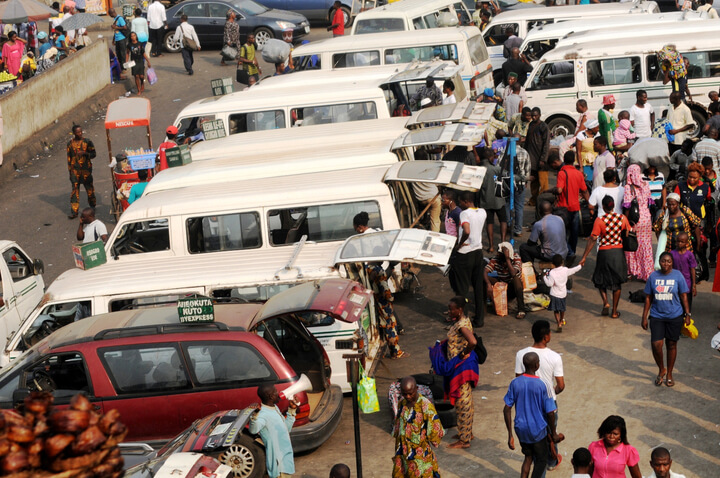 Operatives of the Lagos State Police Command have apprehended a yet-to-be identified woman for allegedly attempting to convey ammunition from Lagos to Onitsha, Anambra State through public transport.

It was gathered that the woman had hidden the ammunition inside a bag containing garri which was already being loaded into the waiting bus enroute Onitsha from Maza-Maza motor park at Festac area of Lagos.

Some worried passengers at the motor park were said to have alerted the police over suspicion that the bag may be containing more than just garri.

The operatives then swung into action and stormed the motor park, upon opening the bag 50 rounds of 38mm live ammunition were discovered hidden inside the bag containing garri.

The spokesperson of the State Police Command, Bala Elkana, who confirmed the incident, said men of the command, while acting on information supplied by a source that pieces of ammunition were being transported, stormed the Maza-Maza motor park and located the bus that was being loaded with the items inside a bag containing garri.

He stated that the owner of the bag, a woman, was arrested and during interrogation, she said a yet-to-be identified man gave her the bag to deliver to someone in Onitsha.

“On Wednesday, July 24, 2019, around 11.15am, the Satellite Police Station received information from a credible source that a bag containing suspicious items was smuggled into a motor park for onward transfer to Onitsha, Anambra State, by unknown persons. Based on the information, the Divisional Police Officer, CSP Chike Oti, deployed his surveillance team in the motor park at Maza-Maza to recover the bag.

“Upon searching the bag, 50 rounds of 38mm live ammunition hidden inside garri was recovered. A female, who claimed that the bag was given to her by a man in the Ojo area to deliver to someone in Onitsha, was arrested and she is helping the police with useful information. The case has been transferred to the Special Anti-Robbery Squad for further investigation.”

Meanwhile, 26 suspected cultists have been arrested by personnel of the Operation Crush for terrorising the Bariga and Oworonshoki areas of the state.

Elkana said the arrest was made following a violent clash between members of two rival cults in the areas on Sunday, July 21, 2019.

The PPRO added that the state Commissioner of Police, Zubairu Muazu, had ordered the immediate deployment of operatives in the two communities with the mandate of identifying, isolating and apprehending the leaders and members of the gangsters and cults disturbing the peace of the areas.

“Acting on credible Intelligence, 26 suspects were arrested within five days and assorted weapons were recovered from them. The suspects will all be charged to face the full weight of the law,” he stated.

Police, army now have right to take any action against Shi’ites like IPOB – Presidency