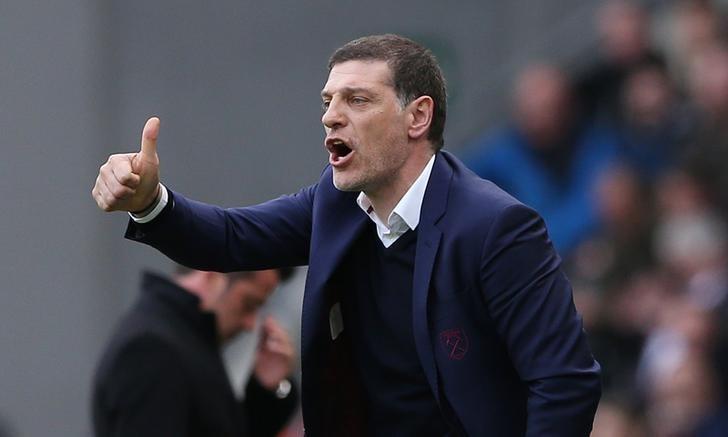 Former West Brom manager, Slaven Bilic has revealed that despite getting sacked by the club, they will forever remain in his mind and heart.

Bilic made this known on Wednesday during an interview on talkSPORT, his first since signing a new coaching deal since his sack in December.

The 52-year-old Croatian who was replaced by Sam Allardyce penned a two-year contract to become the new manager of Chinese Super League club Beijing Guoan.

Speaking on his former side’s survival chances in the Premier League as they sit in the relegation zone with 8 points after just one win in 17 games, Bilic said he hopes they make it out of the drop zone at the end of the season.

“I hope they will… It will be difficult, but for me, the team has changed a lot since the beginning of the season, we were improving a lot, we were competitive in every game and hopefully, Sam will continue to do it now.

“The gap is not too big, but the form has to improve. It would be important to bring in a few more players to strengthen the squad.”

He was however quick to rule out any bad blood between himself and the club, after getting sacked despite helping them secure promotion to the top tier.

“Not at all, I’m not annoyed…And I have to use this opportunity to thank the players, who were brilliant from day one to the last day.

“We’ve been through great times, through the Championship, got promoted, went through COVID, then to the Premier League where we’ve had some knock downs, but we never had one single problem with attitudes in the dressing room and on the training pitch, we never lost motivation.

“The players were brilliant and I feel for them now and I want the best for them and the fans.

“Things happen in football, but I will always remember West Brom as a great part of my career, because of the things we achieved in the first year. It was not in our plans to do it [secure promotion] in our first season and it was quite remarkable. It will stay in my heart and my mind forever.”

Bilic was sacked after 18 months in charge, with the club 19th in the Premier League. He left them with seven points from 13 league games, with eight defeats.

His last game in charge of the Baggies was the surprise 1-1 draw at Manchester City on Tuesday, December 12, 2020, at the Etihad Stadium.