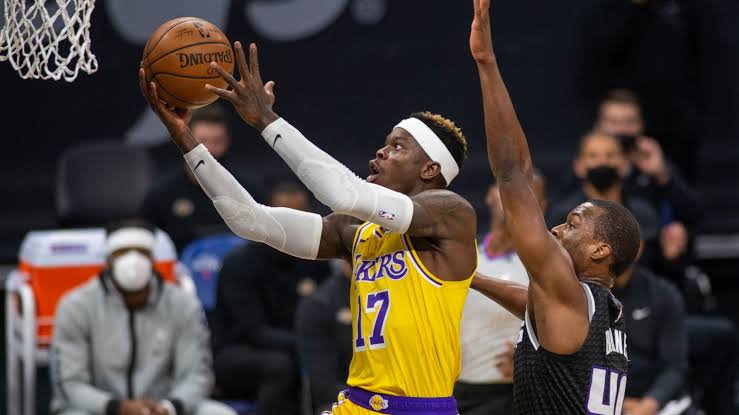 Los Angeles Lakers coach Frank Vogel has hailed his team’s tenacity in the 115-94 win over the Sacramento Kings on Friday night at the Staple Centre.

The Lakers, who were initially without LeBron James, Anthony Davis and newly signed centre Andre Drummond, were dealt another injury blow as they lost reserve guard Wesley Matthews to injury in the first quarter.

However, the defending champions showed a sturdy display at the back as well as upfront as they managed to clip the wings of the visitors.

Kyle Kuzma scored 10 of his season-high 30 points in the fourth quarter while Dennis Schroder had 17 points and eight assists as the Lakers bounced back from a 15-point loss to Milwaukee two nights earlier.

Speaking after the game, Vogel said, “Our guys really had a high level of attention to detail with executing the game plan against one of the hottest offenses in the league.”

He added, “Our guys just played with great tenacity and really just had a gem of a defensive performance tonight.”

Kuzma who had a fine outing in the game added that “This was probably our best game with all those guys out, from the standpoint of playing the right way and doing it for 48 minutes.
“Defensively, holding a team under 100 is what you want to do every time out. And we made shots. Those were the factors.”

However,  opponent coach Luke Walton called on his team to be better having has lost their last two games after winning a season-best five straight.

“We have to do other things better and that starts with the intensity and physicality that we play with,” coach Walton said. “That was a team that had been struggling to score, struggling to shoot and they got into a rhythm. It felt like they were pushing us around tonight.”

Iheanacho extends stay at Leicester till 2024