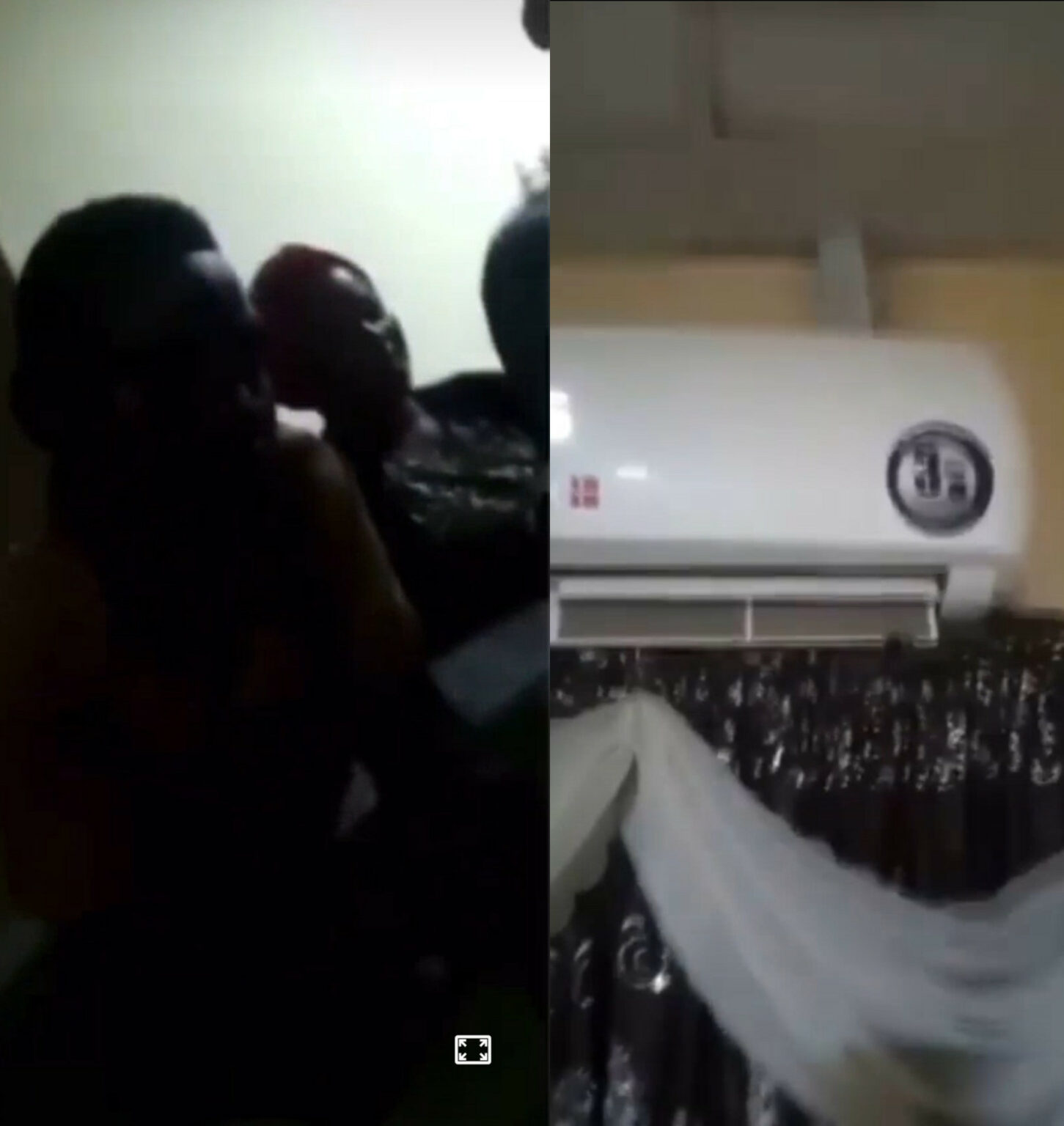 The management of a hotel in Ogun are currently under fire after some guests discovered hidden cameras installed in their rooms.

The cameras were hidden in the AC, such that it was difficult to notice it.

The occupants of the rooms who discovered five cameras in the rooms they lodged in questioned why cameras should be in rooms, thereby denying guests their privacy.

One of the men is seen lamenting that the camera has obviously captured his mother’s nakedness because she leaves the bathroom for her room naked.

“This is a room in the hotel we are sleeping in Ayepe, we just found out that there’s a camera installed in every room. These are the four we removed from other rooms.

“This has recorded my mother’s nakedness, this is the fifth camera in the room”. he said.

READ ALSO: Don’t compare me to any rubbish, Timaya reacts after being compared to Duncan Mighty