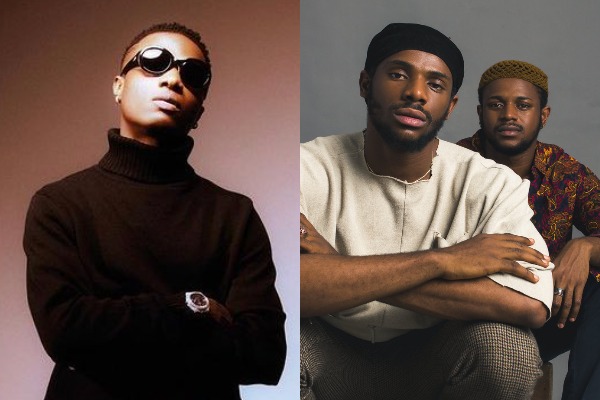 Afrobeat singer and songwriter Ayodeji Ibrahim Balogun aka Big Wiz has revealed his love for the highlife band, The Cavemen.

Big Wiz, while expressing his love for the Cavemen brothers noted that he admires their art and would love to work with them.

Wiz disclosed this backstage of their show in Accra, Ghana on Saturday, June 5, 2021.

In the video, the “Holla at Your Boy” crooner can be seen hailing and having fun with the Cavemen brothers.

The Cavemen are a Nigerian Highlife band comprising Lagos-based brothers Kingsley and Benjamin Okorie on a mission to reintroduce highlife to a new generation.

The band was officially formed in March 2018 when the brothers reunited after their studies.

Since then, the duo has honed their sound by playing with established artists such as Asa, Bez, Onyeka Onwenu, and a favourite collaborator of theirs, alte star Lady Donli, who actually discovered the brothers.