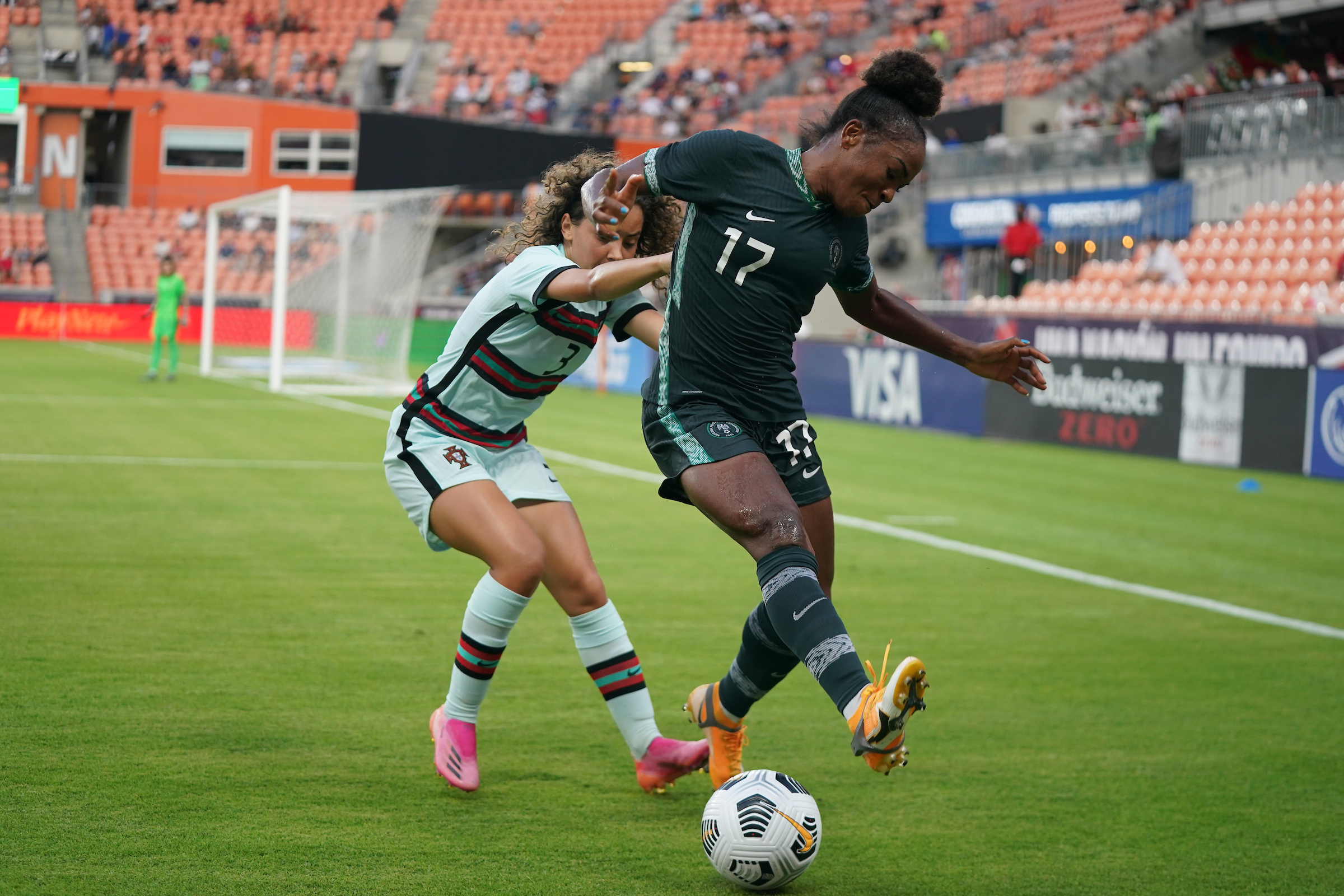 The Super Falcons of Nigeria held Portugal’s Women national team to a 3-3 draw in the second match of the Summer series at the BBVA Compass Stadium on Monday morning.

Randy Waldrum’s Falcons bounced back from a 1-0 defeat to Jamaican national women’s teams at the four-nation tournament in the United States of America on June 10.

Assisat Oshoala who missed the opener due to a visa issue returned on time for the clash against the Portuguese who also lost their opening match to the United States by 1-0.

The six-goal thriller began with Portugal scoring twice in the 22nd and 34th minutes through forward Telma Encarnação and captain Carole Costa, despite having an initial second goal cancelled for offside.

Nigeria pulled a goal back just before half time through forward Michelle Alozie after Portugal missed a chance to go 3-0 in the 42nd minute when Oluehi pulled a save from Jessica Silva.

The Portuguese regained their two-goal lead in the second half from a mistake in the back by half time substitute defender Salome Zogg whose poor clearance went to Jacinto who teed up Encarnação for the goal.

However, the Falcons fought back fiercely and pulled one back through an own goal from Portugal four minutes later.

Diana Gomes’ attempt to prevent Oshoala from a Rasheedt Ajibade crossed hit her foot as she fell and plowed into her own net.

Oluehi then denied Portugal another goal in the 61st, pushing away an almost point black shot for a corner kick.

Nigeria struck the crossbar in the 83rd minute but with six minutes to stoppage time, the Falcons soared and pulled a leveller through Ajibade as the team went wild in celebration.

Watch the celebration video below: