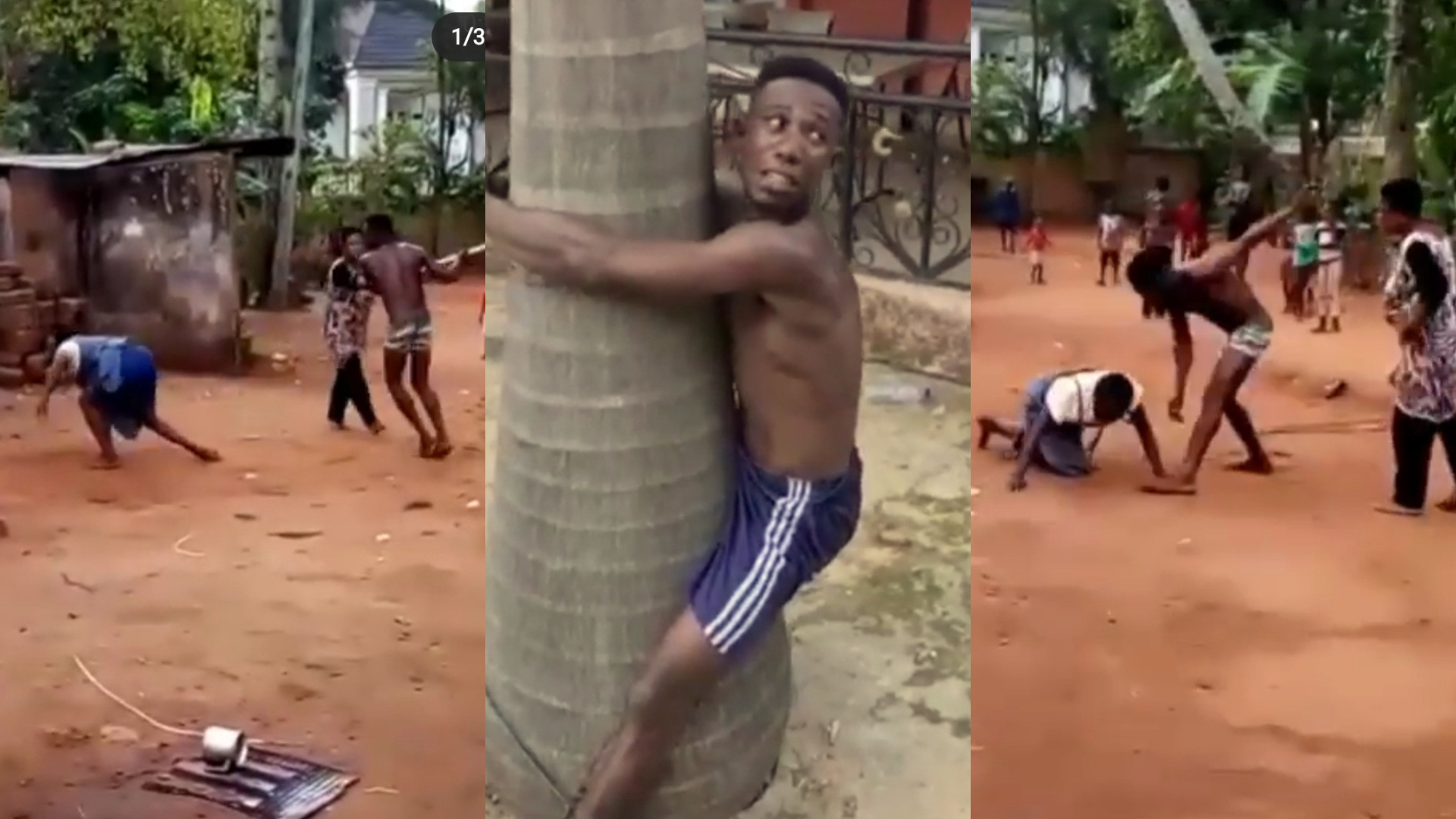 Youths in the Ogidi, a village in Anambra State, have given a man, identified as Sunday Maduegbunam Kosisochukwu, a taste of his own medicine after he was caught on camera beating up an elderly woman.

The video, which has since gone viral, showed Kosisochukwu attacking the woman with a long stick, his fists and legs. He flogged her and pushed her to the ground before punching her with his fists and kicking her as she laid crying.

Neighbours were also seen trying to pacify Kosisochukwu to no avail; when he was grabbed and dragged off his victim, the attacker went back to continue the assault.

Kosisochukwu was then confronted by youths in the community after the video of him beating the woman went viral.

They asked him if he was the one in the video and he admitted to being the one and asked that they forgive him.

However, the youths ignored his pleadings, tied his hands and feet to a tree and flogged him too.