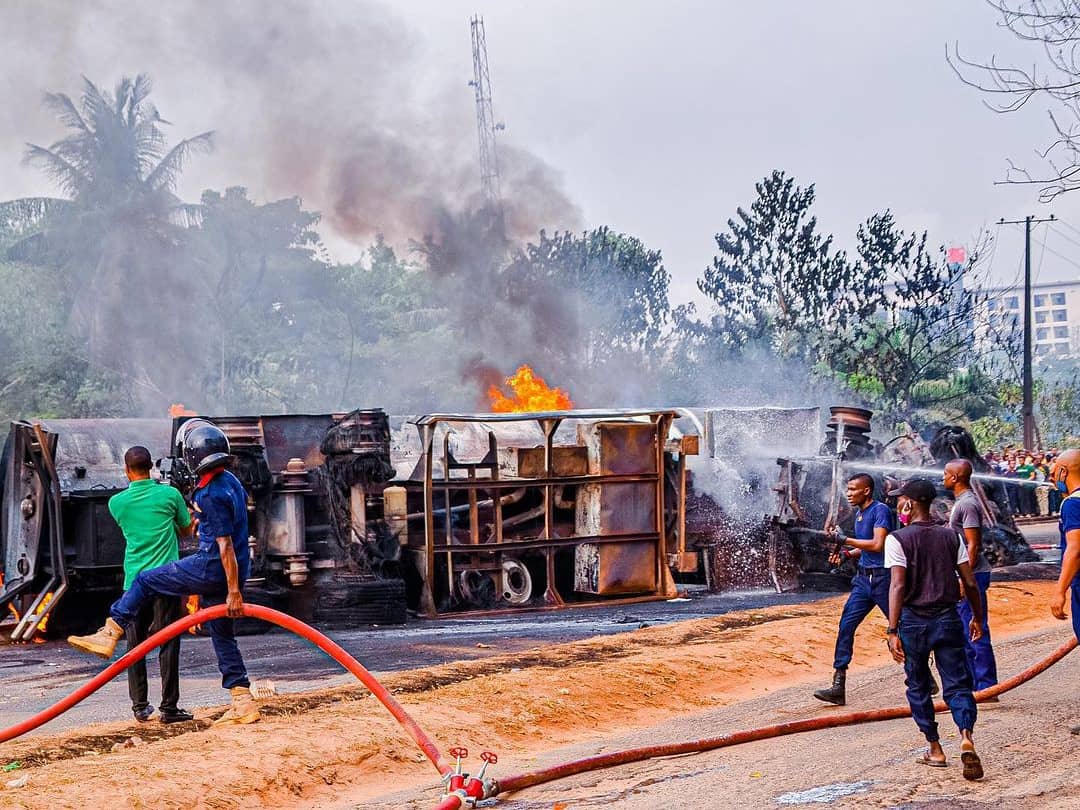 One of the three persons rushed to the Federal Medical Centre ( FMC), Abeokuta, following the petrol tanker explosion in the city, has died.

According a statement issued by Segun Orisajo, the Head, Public Relations Department, FMC, on Thursday in Abeokuta.

Orisajo said that the death had brought the number of fatalities to four from the accident, noting that three persons had died earlier in the explosion.

It was recalled that the tanker explosion, which occurred on the Presidential Boulevard, Kuto, at about 8:10am on Tuesday, razed five cars and two motorcycles.

According to Orisajo, the deceased was a 42-year-old male who presented 96 per cent flame burn injury.

“On admission, he along with the two other patients, were placed on intravenous fluid resuscitation in accordance with the established protocols for the management of burns.

“Following the observed difficulty in passing urine, he was scheduled for dialysis, but he died in the early hours of this morning before dialysis could be carried out on him,” he said.

Orisajo said the FMC Medical Director, Prof. Adewale Musa-Olomu, regretted the loss of the patient, while sympathising with his family over the development.

He said the two other patients, whose names were not provided, were in stable condition and responding to treatment.