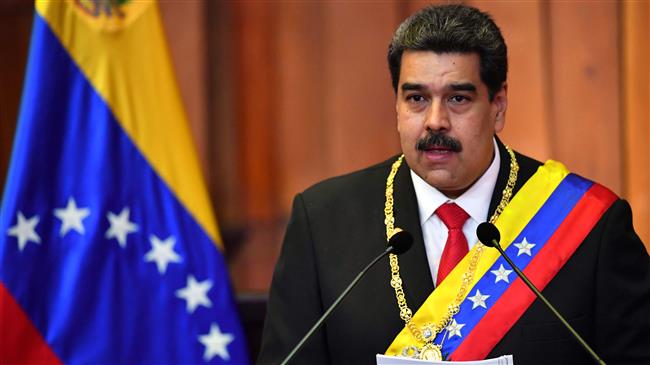 The Venezuelan ambassador to Nigeria David Caraballo says President Nicolas Maduro is keen on restoring relations between Venezuela and other countries amid sanctions imposed by the U.S.

Caraballo told the newsmen on Saturday in Abuja that the desire would help promote trade relations between Nigeria and Venezuela.

Venezuela’s economy is tightly tied to oil, its biggest export.

The South American country has the biggest oil reserves in the world while Nigeria stands as the sixth largest producer of oil in the world.

In 2017, Venezuela’s oil reserves totaled 302.81 billion barrels, according to data from OPEC.

On Aug. 6, 2019, former President of the U.S, Donald Trump signed an executive order imposing new economic sanctions on Venezuela, a mechanism that affected the country’s economy and its citizens.

Tensions between Venezuela and the U.S. can be traced back to when Hugo Chavez, Maduro’s predecessor, first became president of Venezuela in 1999.

During his campaign for president, Chavez villainised the U.S. and other countries he felt were taking advantage of Venezuela.

However, Caraballo says the focus of President Maduro’s administration and the new parliament is to restore Venezuela’s relations with the rest of the world and multilateral institutions with new legislations like the anti-blockade law.

He said that Venezuela was also keen on establishing bi-national commerce chambers with Nigeria to promote direct economic relations with the Nigerian government and the private sector.

According to the envoy, for this to be possible, Venezuela is putting measures in place to end the economic blockade.

“This anti-blockade law has different goals and purposes.

“One is to create the conditions, the regulations, the mechanics to prevent the possibility of the United States to attack the foreign investments.

“Foreign participation, the trade and commerce between some companies, countries, and Venezuela.

“These laws cover all the areas we need to attend to, to prevent these situations.

“And to guarantee that if for example one Nigerian company has relations with one Venezuelan company, this law guarantees that the conditions to this relations are normal and effective for both parties.

“And this can be in the situation of Nigeria, China or any country or company.

“And now the new parliament has the obligation to compliment these constitutional laws.

“They can approve new laws, new regulations to cover all the sectors of the international trade and commerce under this umbrella,” Caraballo said.

Caraballo added that the Maduro administration was not relenting in efforts to mitigate the impact of the economic blockade on Venezuela as a lot of measures were being put in place alongside the anti-blockade law.

The envoy said even with the impact of the Coronavirus (COVID-19), the government still ensured that citizens did not suffer hardship as more than 7 million Venezuelans received food and social protection bonuses every month.

“With the anti-blockade law, with the new parliament, with the new electoral process for the governors, with the economic measures we hope to recover the internal capacities.

“With the crypto currency system, with the new financial mechanicswe can continue working to solve the impact of the economic cohesive measure of the blockade and sanctions of the United States.

“And with other measures, with China, Russia, Cuba, Turkey, India, and other countries allies of Venezuela.

“We remain committed to working in the social protection level.

“Last year, we completed the construction of more than 400,000 houses in less than ten years we built three million, four hundred thousand houses for the people.

“Every week, depending on the cases, we send money to the elderly, women, and students to guarantee the necessary economic assistance for their family or personal necessities.

“Direct economic subsidy and also the other actions promoted for the government to support the situation,” Caraballo said.

He called for the unfreezing of Venezuela’s accounts and assets in many countries to enable the country make progress.