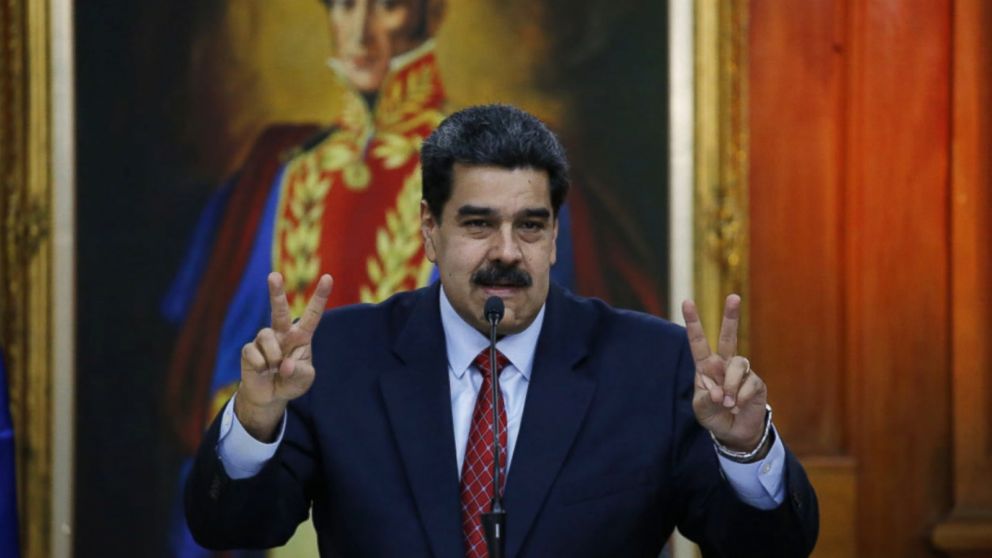 The Venezuela Ambassador to Nigeria David Caraballo says his country is open to dialogue with the U.S under the administration of President Joe Biden over economic sanctions.

Caraballo made this known when he spoke with the News Agency of Nigeria (NAN) on Sunday in Abuja.

Former President Donald Trump had on Aug. 6, 2019 placed an economic coercive measure on Venezuela, restricting other allies from trade relations with the country.

“President Nicolas Maduro has sent some public messages to the Biden’s administration that we are ready for the dialogue.

“We are ready to establish normal relations under one condition, the respect of the international law, the respect of our constitution and the sovereignty, the independence of each country.

“In particular, I do not have many expectations because during the Obama’s administration, Biden was Vice President and then, they approved the executive order to announce Venezuela as supposedly a threat to the security of the United States.

“For that particular reason, I do not have many expectations. But the diplomacy, the dialogue, the international situation, the real political situations in the world maybe can open some windows, some doors for the dialogue for respectful relations,” he said.

Caraballo added: “Some days ago, they approved one license to have relations with the Venezuelan ports and airports in some economic sectors, it is a good signal.

“We do not need permission from the U.S administration to have economic trade or economic relations with any country but it is one signal.

“President Nicolas Maduro said we are ready for dialogue to recover the normal relations between the Venezuelan Government and the U.S government and with the people.”

He said that the political situation in Venezuela was stable and as a sovereign nation it would want the U.S to respect its constitution and not interfere in its governance.

He added that the new parliament which was stable would also ensure that legislations were put in place to ensure that U.S respect its sovereignty and independence.

The envoy said that the new parliament was not in any crises as against reports in the media and that the Juan Guido opposition was not recognised to rule its National Assembly.

“On Dec. 6, we had the constitutional parliamentary election, the Parliament is a Unicameral system with five years term and in the last two years former members of the Parliament like Juan Guaido used these institutions against the democracy, promoting military interventions, promoting the unilateral coercive measures.

“The parliament was increased from 167 to 277, more than six million people voted to participate in that election last year, more than 53 per cent of the total population participated.

“And on Jan. 5, this parliament was inaugurated and the Bolivian Revolutionary Force won 256 seats in this parliament, we have a very strong majority in this new parliament,” Caraballo said.

He said that the month of February was significant in the political history of Venezuela.