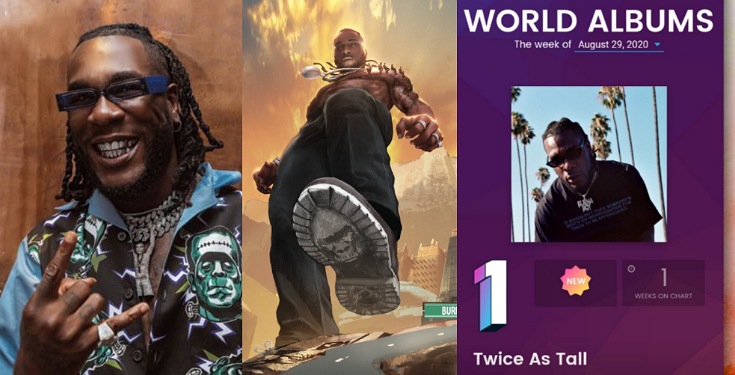 Burna Boy, born Damini Ogulu, has set a new record with his latest album ‘Twice As Tall’ becoming the number 1 album in the world.

The Grammy-nominated, self-acclaimed African Giant singer’s fifth and most recent body of work is currently occupying the no.1 spot on Billboard’s world album chart for the week.

Going by the new feat, Burna Boy’s Twice As Tall becomes the highest-peaking Nigerian album on the Billboard chart at any given time.

A verified international music data firm, Album Talks made this known via a Twitter post on August 25, 2020.

Album Talks shared the image below and wrote; “Burna Boy debuts at #1 on this week’s Billboard World Albums Chart. — It becomes the highest-peaking Nigerian Album on the chart.”