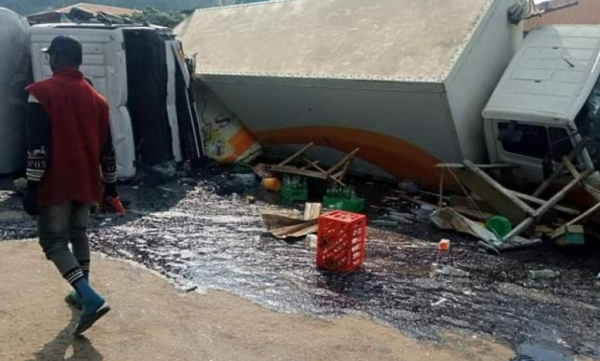 No fewer than six persons have lost their lives on Saturday at Ikare-Akoko, headquarters of Akoko North East Local Government Area of Ondo State.

According to reports, the accident occurred at Okorun area of the ancient town while the trucks were descending a slope and suffered brake failure.

Following the brake failure, the trucks were said to have rammed into shops situated by the roadsides, killing six persons at the spot.

Those injured were said to have been taken to the hospital.

The two trucks were descending the hilly town from Ekiti State while heading to Akure, Ondo State capital.