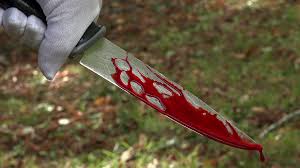 It was said that the woman’s husband is based in Malaysia.

According to the report, neighbors woke up in the early hours of today to see the woman in a pool of her own blood while her two kids and the house help were injured.

Reacting to the development, the Police Public Relations Officer in the state, SP Orlando Ikeokwu confirmed the incident and said an investigation into the incident has commenced.

”The persons broke into her house through the window with a gun and a machete. They beat her and stabbed her all over her body until she gave up the ghost. They stole her jewelry and the sum of N28, 000” Ikeokwu

MORE READING!  Supply of oxygen to treat COVID-19 patients critical in Africa
Related Topics:DeathMotherRobbersstab
Up Next