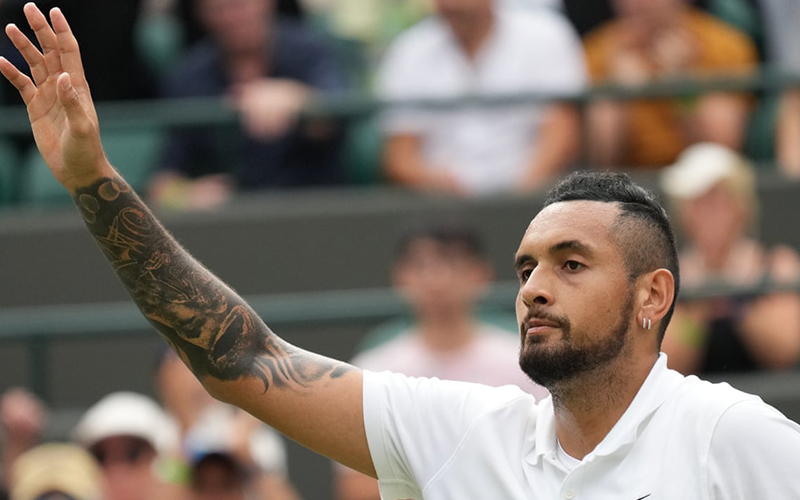 Australian Tennis star, Nick Kyrgios, has pulled out of this summer’s 2020 Olympics in Japan after fans were banned from venues over the COVID-19 outbreak.

The 6oth ranked star joins the likes of Serena Williams, Roger Federer and Dominic Thiem on the list of big-name absentees from the delayed games starting on July 23 and finish two weeks later on August 8.

Kyrgios made the announcement in a social media post on Thursday as organizers announced there would be no fans at the games due to coronavirus concerns.

He said, “Hey guys – I just want to let you know that I’ve decided to withdraw from the Olympics.

“It’s a decision I didn’t make lightly. It’s been my dream to represent Australia at the Olympics and I know I may never get that opportunity again.

“But I also know myself. The thought of playing in front of empty stadiums just doesn’t sit right with me. It never has.”

“I will also take all the time I need to get my body right,” he added. “Good luck to all the Aussies competing and I’ll see you back on the court real soon.”

Recall that the 26-year-old was forced to quit the 2021 Wimbledon tournament two sets into his third-round match with Felix Auger-Aliassime of Canada due to an abdominal injury.

“I got here, I did what I could. I battled through,” he said. “My body just wasn’t where it needed to be to continue to play at this level and beat these quality players. He’s 15 in the world. I’m making the guy look pretty average in the first set and I haven’t played a tournament in six months. So my game is there. My confidence is high as ever. I was devastated. I’m enjoying myself. Going from the bad boy of tennis, to now one of the crowd favourites. I knew they wanted me to keep playing. I tried to give everything I absolutely could.”