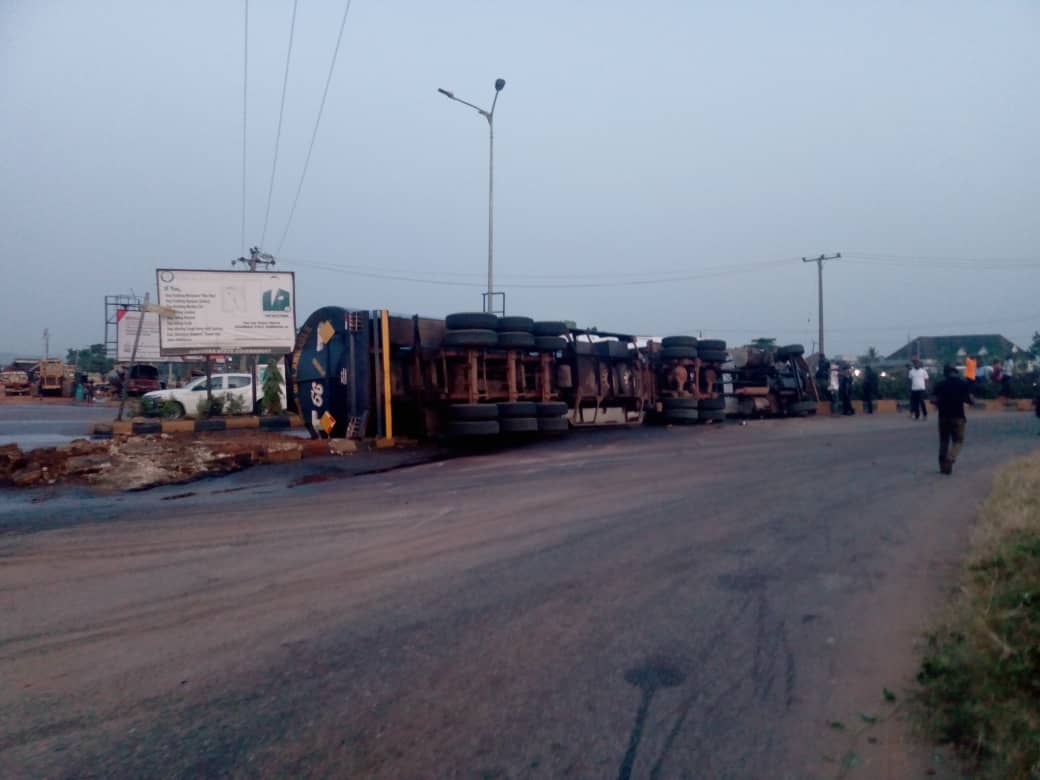 The Anambra Command of the Federal Road Safety Corps (FRSC) has confirmed the death of an unidentified petroleum tanker driver, who got trapped underneath the fallen vehicle.

The accident happened at the popular Immigration Junction at the Awka axis of the Enugu-Onitsha Expressway on Friday.

An eyewitness, John Okafor, said that the accident occurred at about 3.45 pm, when the driver of the Enugu-bound tanker, attempted to manoeuvre off the road to avoid ramming into vehicles held up in a gridlock.

“The tanker suddenly ran into the end of a lane due to speed and in an attempt to avoid hitting the vehicles ahead of it, the driver manoeuvred out of the road.

“In the process, the vehicle lost balance due to its speed and weight because it was conveying diesel.

“It eventually fell on its side and the driver got trapped underneath,” adding that he was later pulled out motionless by men of the FRSC.

The Public Education Officer of FRSC in Anambra, Mr Kamal Musa, confirmed the incident. He said the man was pulled out dead, adding that his remains had been deposited at the Chukwuemeka Ojukwu University Teaching Hospital, Amaku, Awka mortuary.

Corps operatives had a hectic period controlling traffic and dispersing some residents of the area, who rushed to scoop diesel spilling out of the tanker.