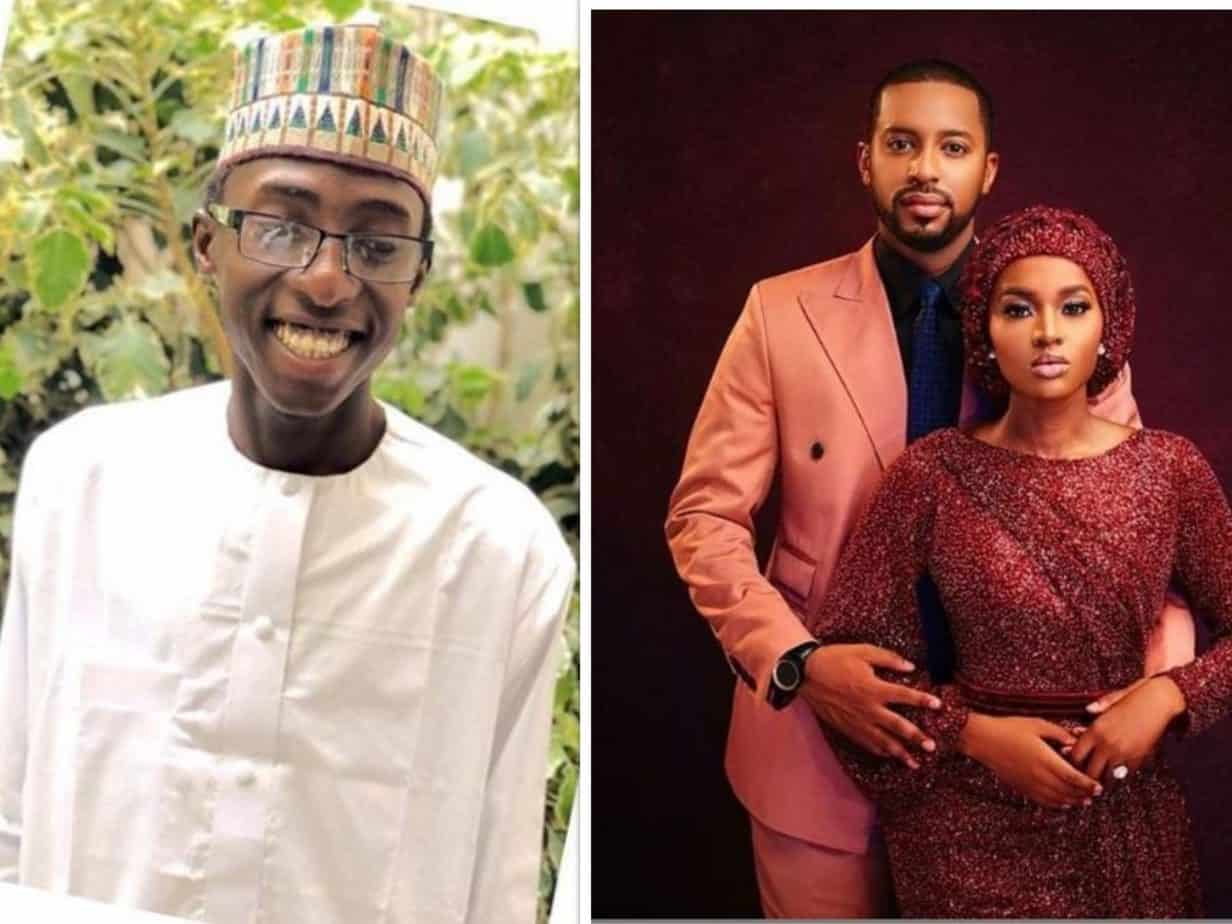 A 22-year-old final year accounting student of Yusuf Maitama Sule University has been rescued by the Kano State Police command today after attempting to kill himself over his inability to marry the President’s daughter, Hanan.

It was gathered that the student identified as Abba Ahmed had made known his love for Hanan Buhari, daughter of President Muhammadu Buhari, on Facebook and Instagram. 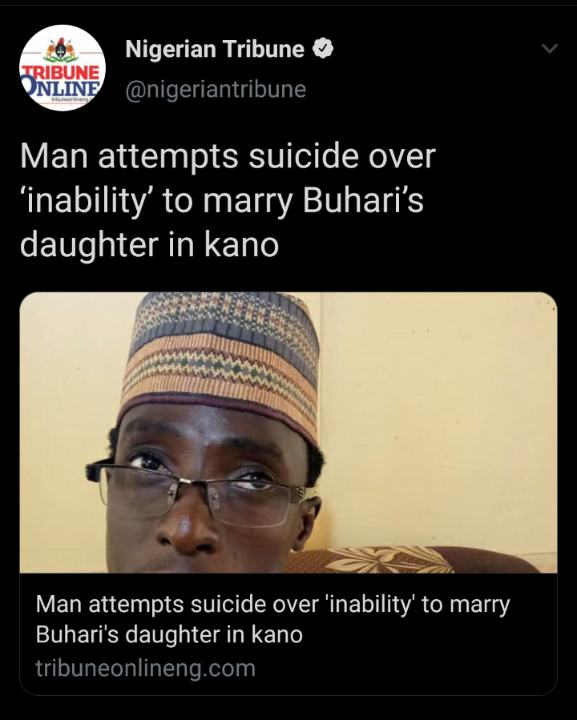 He vowed to commit suicide if he failed to marry her.

According to Nigerian Tribune, the Force Public Relations Officer, Mr Frank Mba, who got wind of the suicidal post which has now been deleted, signalled Kano State Commissioner of Police, Mr Habu Sani, for the immediate invitation of Abba who resides in Kano.

It was also reported that Frank Mba spoke with Abba on phone for about seven minutes, advising him on the need to face better goals in future, than to commit suicide over a phantom marriage, borne out of infatuation, triggered by Social Media blues.

After been counselled by Commissioner of Police, Habu Sani, Abba then regretted his actions, and also expressed his intention to join the police and serve his country, patriotically.

“I am impressed with the way Mr Frank Mba spoke to me. I also became very sober when the Commissioner of Police, Mr Habu Sani counselled me and urged me to desist from such thinking. The Chief Imam of the Police Command also admonished me.

I have denounced my earlier intention. I will no longer commit suicide. I will respect myself and wait for a woman I can call my own wife. I love my life now, and I want to live and fulfil my life ambition.” He said.

Abba said he loved Hanan because of her beautiful face, her level of education and the integrity of her father. He also stated that he had made efforts to contact her and her parents through social media to bare his intentions but his efforts were unsuccessful.

He, therefore, congratulated her on her wedding and wished her a happy married life while urging Nigerian youths to invest their time on better things, rather than surfing the Social Media for reasons that are irresponsible.

Girl, 22, disgraces father for allegedly battering her mother for years

Girl, 3, raped and murdered in India due to feud between families