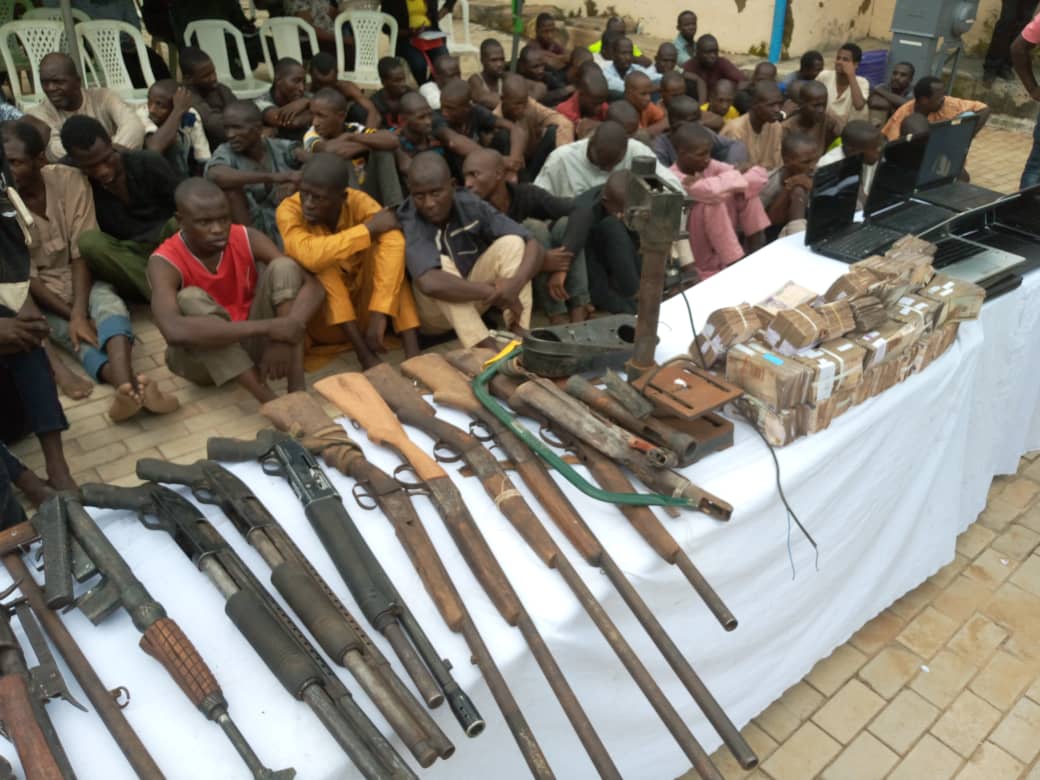 Kano State Police Command on Friday paraded 101suspects for armed robbery and other various offences committed in the past three weeks in the state.

Commissioner of Police, Mr Sama’ila Dikko told newsmen that the suspects were arrested operatives of Operation Puff Adder at different locations in the state between February 26 and March 12.

Other items recovered from the suspects include 130 parcels of cannabis valued at N2.6 million and 57 cartons of drugs.

“The ultimate vision of the Nigeria Police Force under the able leadership of IGP Mohammed Abubakar Adamu, is to make Nigeria a safer and more secured environment for everyone to live.

“In our effort to effectively police the state, we have sustained the Operation Puff Adder, robust community policing engagements, intelligence-led and visibility policing,” he said.

He added that the police also sustained synergy with other security agencies, engaged in massive campaign against drug abuse and thuggery as well as adherence to the ethics of the force.

According to him, the suspects will be charged to court as soon as investigations are concluded.

While commending the state government for its support, Dikko urged residents to cooperate with the police to enable it protect lives and property in the state.