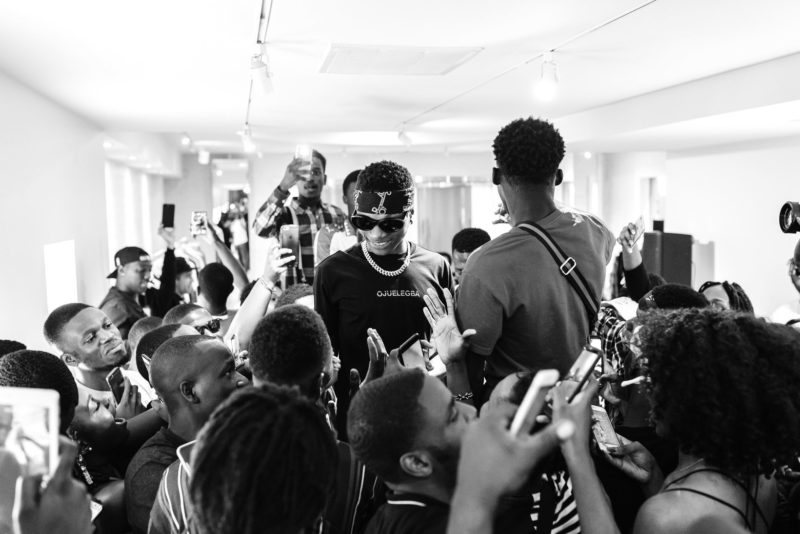 The magazine revealed this at the inauguration of his pop shop in New York, United States.

.@wizkidayo—currently Africa’s hottest pop star by almost any measure—has unveiled his new capsule collection. Get an inside look here. https://t.co/Nn9oRhpfpL

“Wizkid, currently Africa’s pop star by almost any measure, unveiled his new capsule collection with a takeover of reign in Manhattan’s Meatpacking District,” the magazine added.

The Ojuelegba crooner also responded through his Instagram handle @wizkidayo “Thank you, Vogue’’

The New York streetwear shop was restyled, floor to ceiling, in Wizkid’s image, with a glass vault inscribed with “Star Boy.’’

Wizkid also posted a picture of the shop on his Instagram handle.

The 28-year-old superstar and Star Boy Entertainment boss has been earning lots of accolades outside the country for his talent, music and creativity.

READ ALSO! HE OVERDOSED ON TRAMADOL! Kidnapper, who fell asleep while abducting a pharmacist, dies eight days after

SHE DID A GREAT JOB! Nigeria’s Adesuwa Osayaren crowned 2018 Miss Nations of the World [Photos]