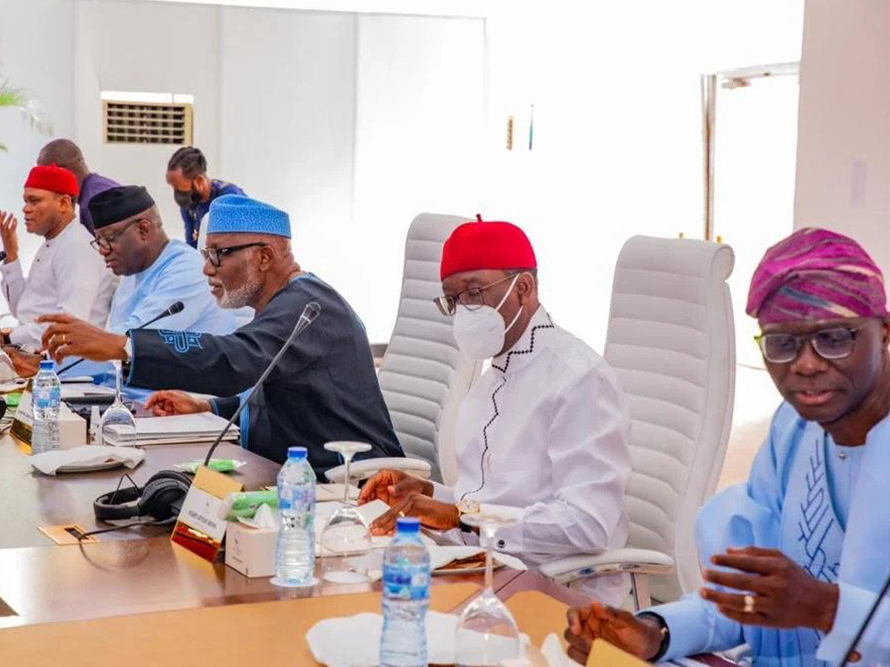 The Coalition of Northern Groups on Tuesday described the resolution taken by the Southern Governors Forum on Monday in their meeting in Lagos as a dubious act of conspiracy against the north.

According to a statement released by the spokesperson for CNG, Abdul-Azeez Suleiman, the group faulted the SGF’s call for a regional shift of the Presidency in 2023, the promulgation of anti-open grazing law in their region, as well as the conditions for security operations in their respective states.

The PUNCH reports that the  Southern Govs, through the resolution, is shielding  “felons, arsonists and mass atrocity perpetrators in their midst by challenging the prerogative of the Federal Government to enforce law and order in all parts of the country.”

On the regional shift for the presidency, the group accused the Southern governors of ganging up against the North by whatever means and tactics.

In addition, Suleiman noted that the anti-grazing law “aims to selectively imperil the business of cattle rearing and threaten the legitimate presence of pastoral communities in the south.”

He, however, urged the Federal Government to ensure that herders’ rights to freedom of movement was not impeded by any legislation.

The statement reads, “The desperation of the southern governors to shield the assortment of criminals, incite and carry out attacks, and wanton destruction of lives and property of other citizens and national security assets has exposed the level of their complicity in the operations of the armed terrorist groups in the South.

“Their support for treasonable felony, by the subtle endorsement of the activities of such criminal separatist forces led by the likes of Sunday Igboho and Nnamdi Kanu, by warning the nation’s security agencies against operating in the region without obtaining permission from the governor of the particular state is a matter that must be given the seriousness it deserves.”

“The northern group added that the governors resolutions on 2023 exposed a deliberate attempt to impose a contentious system of rotational presidency aimed at achieving dubious political goals to weaken the North.

“This conspiracy is actively perpetrated with the connivance of some northerners and accommodated by the personal ambition of a few of those that present themselves as northern political leaders.

“Inevitably, the immediate trigger to the Lagos pronouncements was the collaborative assurances by the former Borno State Governor, Kashim Shettima and the Kaduna State Governor Nasir Elrufai given just two days earlier,” the statement added.