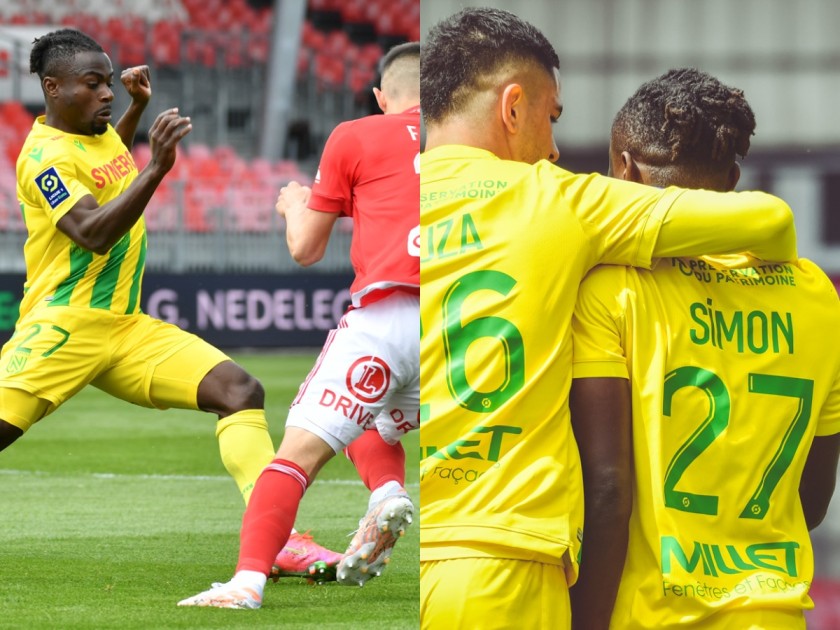 Nigerian international, Moses Simon, was influential for Nantes on Sunday as the French outfit blasted four goals past Brest.

Simon netted his sixth goal of the season and provided an assist for the second to keep relegation-threatened Nantes’ survival hopes alive.

The Canaries got ahead through the Nigerian in the 15th minute before Ludovic Blas netted Nantes’ second goal in the 27th minute.

Brest failed to provide an answer from the ruthless Nantes who made it 3-0 as Simon set up Imran Louza in the 56th minute before Kalifa Coulibaly scored a penalty (62) to make it 4-0.

The White-Blues Brestchane however bagged a consolation goal late in the game through Romain Faivre (83′).

The loss ended Brest’s five unbeaten games at home against Nantes in the Ligue 1 (W3 D2).

Nantes. on the other hand, have now won back-to-back Ligue 1 games for the first time since December 2019 (2) after their 2-1 win against Strasbourg in the previous matchday.

Simon’s team are now four points from safety with three crucial matches to go against 15th-placed Bordeaux who are five points ahead, bottom-placed Dijon who have only 18 points so far and eighth-placed Montpellier.