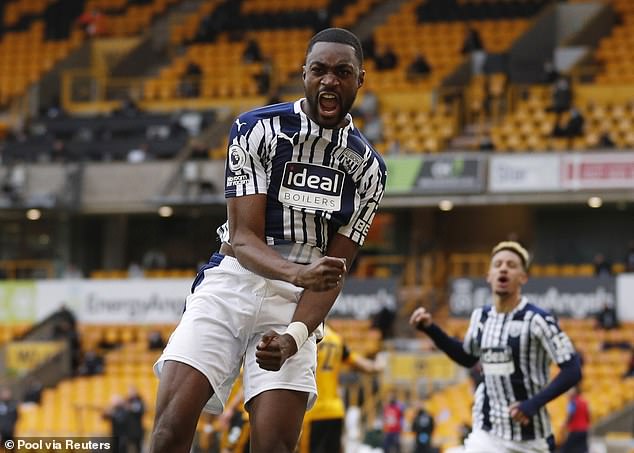 West Bromwich Albion recorded their first win under Sam Allardyce as they beat Wolverhampton Wanderers 3-2 in a see-saw Black Country derby in the Premier League on Saturday (Jan 16), with Matheus Pereira scoring twice from the spot.

The result gave West Brom a big boost in their bid to avoid relegation, as they moved to within three points of 17th place, albeit remaining stuck in 19th spot for now. Wolves stay in 14th place.

“It’s massive. If there was one game to change our season, this is the game. It’s the one fans look forward to the most,” West Brom midfielder Romaine Sawyers told BT Sport.

“We had seven days with the gaffer. This was the first time really on the training ground, getting back to basics… He’s a bit tough on us, but it’s not a happy situation we’re in, so we need that tough love.”

West Brom opened the scoring when centre back Willy Boly fouled Callum Robinson in the seventh minute on the edge of the box and Pereira stepped up to convert the penalty, sending Wolves keeper Rui Patricio the wrong way.

Boly made amends later when his back-heeled pass in the box freed up Fabio Silva, who side-footed the ball past David Button for the 18-year-old’s first goal at home.

Minutes later, Boly made it 2-1 when the ball fell to him during a corner kick, leaving Button no chance to make a save as the defender scored from six yards out.

West Brom turned things around with two quick-fire goals after the restart, the first from a long throw-in when Kyle Bartley’s flicked header allowed Semi Ajayi to loop his header past Patricio.

The visitors sealed the win when Robinson won another penalty after drawing a foul from defender Conor Coady and Pereira scored from the spot again.

“We wanted to control the game and be aggressive in defence and we didn’t do it,” Wolves boss Nuno Espirito Santo said.

“Two penalties and a throw-in. We knew we required better defending. We must rectify it and do better.”