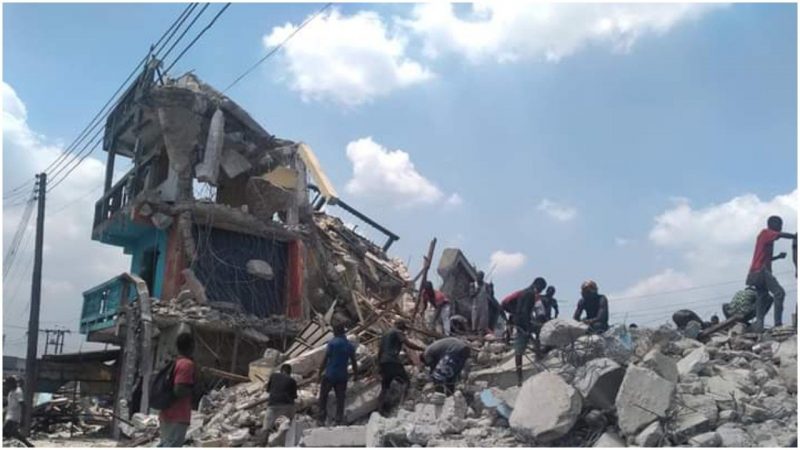 A man identified as Chibuzor died after rubble hit him during the demolition of a marked three-story building at the Ikoku-Azikiwe axis of Diobu in Port Harcourt, Rivers State on Monday.

It was gathered that the deceased, Chibuzor was among those scavenging for rods and other materials from the site when the incident occurred.

One of the pillars of a three-storey building which was being demolished by a construction firm pulled causing the building to cave in, The PUNCH reported.

An eyewitness disclosed that Chibuzor died some few minutes after a large concrete from the first floor of the building under demolition hit him.

The witness said, “When they brought him out, he was still breathing and his eyes were still open, but later his eyes closed. So we know that he has died.

“They were looking for anybody that knows how people to call them, but nobody came.”

Some policemen from the Nkpolu division, however, were spotted at the scene of the incident some moments later.

The spokesman for the State Police Command, Nnamdi Omoni, could not be reached as of the time of filing this report.