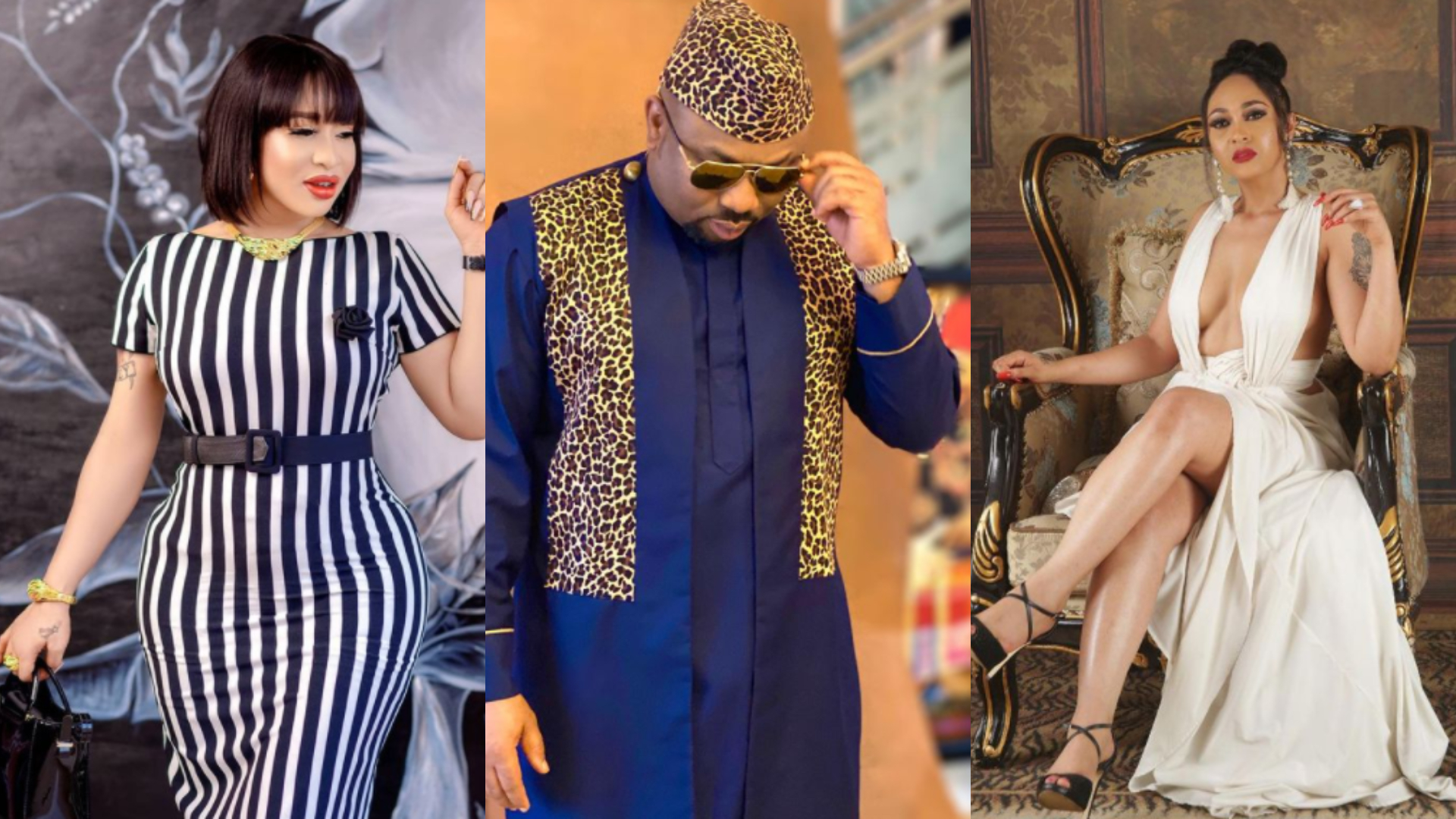 According to some social media users, Rosy and Olakunle made Tonto Dikeh look crazy when she came out to accuse both of them of dating.

Recall that Rosy Meurer had once denied being in a relationship with Churchill, claiming that he was more like a brother to her.

Taking to Instagram to reply her critics, the alleged ‘mum to be’ wrote;

“Thank God say man no be God… #Only God can Judge” 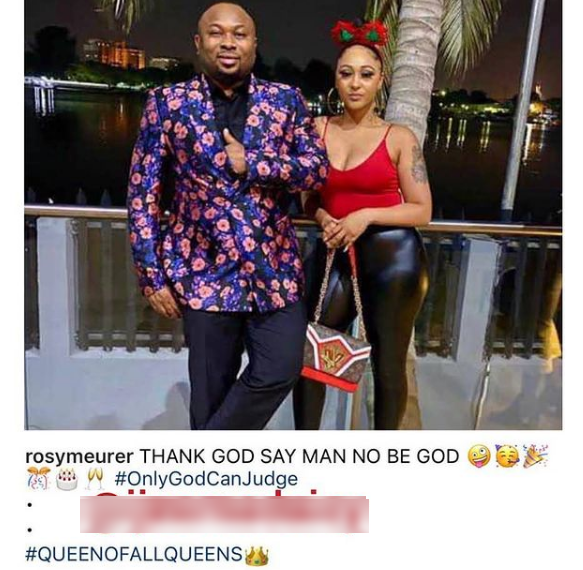 Her post garnered a lot of reactions from social media users as some insulted her for ruining Tonto Dikeh’s happiness and having the effrontery to call the name of God.

“This particular relationship will end in tears, yes that’s the judgement dear”

“don’t involve God in this…you were sleeping with someone’s husband and you denied it with your full chest, lol”

“You spoilt someone’s happiness aunty rose. God no go judge you, he will just flog you well well oniranu”

Meanwhile, Nollywood actress Tonto Dikeh took to her social media page, Instagram to drop a thought-provoking post.
The mother of one reflected on some decisions she made when she was angry in the past and wished she knew better.
Related Topics:FeaturedNollywood actressOlakunle ChurchillRosy Meurer
Up Next

I was a virgin until 24, Flavour reveals

VIDEO: See how Rosy Meurer brother-zoned Churchill while denying relationship with him