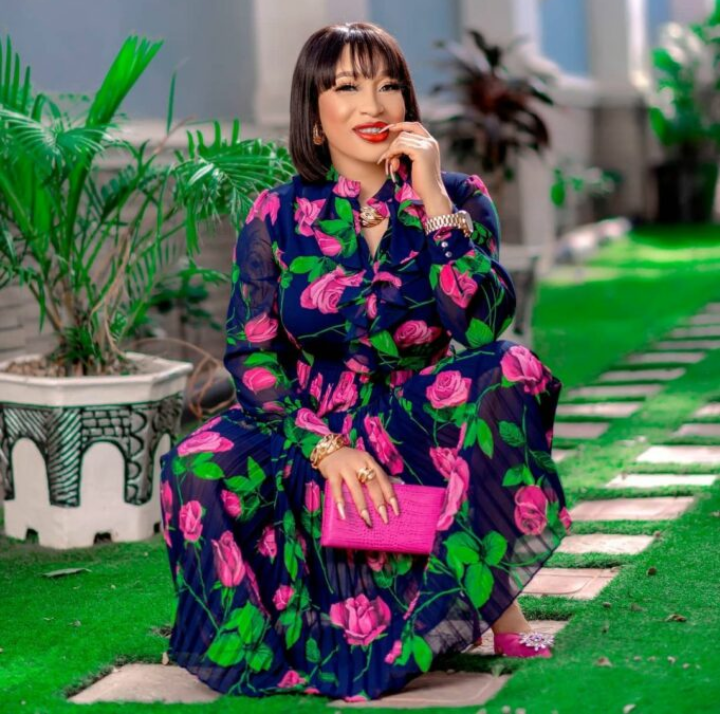 The thespian reflected on some decisions she made when she was angry in the past and wished she knew better.

It wasn’t quite clear what she was referring to but most of her followers linked it to her feud with her estranged husband, Olakunle Churchill.

Recall that a story recently emerged online stating that her ex-husband, Olakunle Churchill had upgraded his girlfriend,  Rosy Meurer’s status from side chic to wife.

It’s okay for you to be angry about what happened to you, just don’t let your anger make you like the one who broke you.

Stay true to yourself. 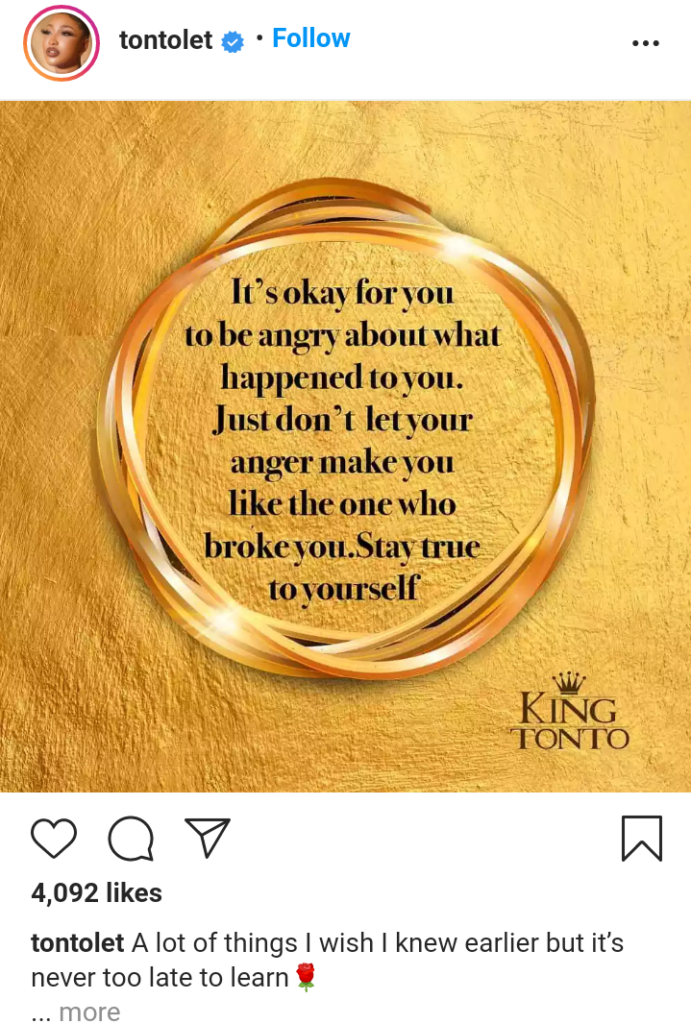 In other news, Nollywood actress, Anita Joseph and her husband, MC Fish, celebrated their first wedding anniversary on Sunday, February 14.

The couple took to their social media pages to share lovely photos of themselves in traditional attires and showered each other with sweet words of affection.

Ours is built on solid Rock nothing moves us .

Your everything I prayed for and even more .