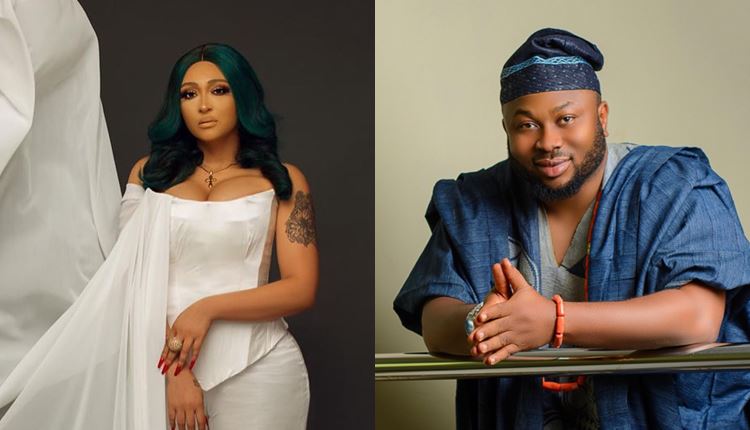 An old video of Nollywood actress Rosy Meurer stating that Olakunle Churchill is like a brother to her has emerged online.

This is coming after reports Olakunle Churchill introduced the former Personal Assistant, as his wife in a new post on social media.

A special sunrise, on this precious day, a great woman was born. During my hard times when depression would have taken the better part of me, you were my bedrock. When it was like the whole world was against me, you stood by me, even took some missiles because of me. When I thought I lost it all, you encouraged me to hope on God that he will give me back all l have lost. Happy birthday Mrs Churchill. Age with grace, l have got your back 247 by the special grace of God.

However, in the video where she was reacting to the rumours of them sleeping together, the actress said it is not possible for one to sleep with her brother as the philanthropist was just like one to her

MORE READING!  BBNaija: I have no winning strategy - Liquorose
Related Topics:FeaturedOlakunle ChurchillRosy Meurer
Up Next

How I fell in love with Khafi on BBNaija show, Gedoni reveals