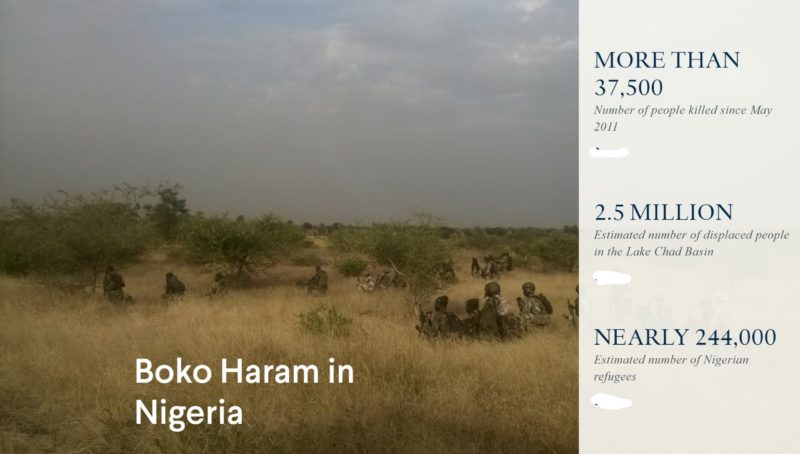 A seasoned security expert and analyst, Ona Ekhomu, has described the recent graduation of about 600 repentant Boko Haram members and their planned reintegration into society by the Federal Government as a ‘soft landing’ after the carnage caused by the terrorists.

WuzupNigeria reports that the dreaded Boko Haram, according to Council on Foreign Relations, killed over 37,500
people killed since May 2011, displaced an estimated 2.5milloin people in the Lake Chad Basin and created about 244,000 Nigerian refugees.

The terrorists have shown no mercy on the Nigerian state and its citizens. They have not only kidnapped and violated many, including young schoolgirls – turning them to sex slaves and suicide bombers – they have murdered many, beheaded some, executed some openly, burnt some to ashes and turned many children to orphans, wives to widows and men to widowers.

Ekhomu, who is the chairman of Trans-World Security Systems Ltd., described that warm reception FG accorded repentant Boko Haram terrorists as inhumane to their victims over the years.

“It (the rehabilitation and planned reintegration) is a mistake and a very unfortunate circumstance because reality is being stood on its head,” said Ekhomu in a The Punch report.

“The perpetrators are getting a soft landing; they are living on government largesse, all in some unproven claims that they have been deradicalised, which we know is not true.

“When somebody commits murder, you keep them in jail for life or you even hang them, yet these people who are beheading others, bombing people and killing thousands are being given a soft landing. Part of the problem we have is that we don’t have our priorities right.”

“I totally oppose it and think it’s very inhuman of whoever the policymaker is that came up with the idea that they should be rehabilitating those fighters.”

Ekhomu, who earned the Certified Protection Officer Instructor from the United States-based International Foundation for Protection Officers, stated that the programme was a reflection of misplaced priorities, noting that the country should have learnt from what happened to the late leader of Islamic State of Iraq and the Levant, Ibrahim al-Baghdadi.

MORE READING!  I remain committed to one Nigeria, says Buhari

“They (the terrorists) have been a great threat to the society and they ought to be held. The point is that Operation Safe Corridor is a mistake. It’s a mistake and a bad strategy because they cannot guarantee the outcome or that it would meet the policy objectives.

“I keep telling them the famous story of (Abu Bakr) al-Baghdadi, who was released in a similar manner by the United States military in Iraq. They didn’t know at that time they were releasing a guy who would go on to behead many Americans, Europeans and cause the death of many people.

“Even though al-Baghdadi is in his grave, his hands are still here in the North-East of Nigeria, causing havoc for us.

“So, what they are doing is recycling the fighters and the soldiers would wonder why the government is bringing in these people to fight them again. It’s a nation that fights a war, not the army and that is why we have other institutions. Why can’t the criminal justice system work? You keep them in a place for six months and then you turn back and say they are graduating them. What graduation?”

Ekhomu described the programme as indefensible, noting that it must have been an initiative of the Boko Haram sympathisers.

“Many of the sympathisers have departed from it because they have seen the dangers in this, yet we are still defending it,” he said.

“The other day, I saw one very laughable and ridiculous statement that the repentant terrorists have sworn allegiance to the Federal Republic of Nigeria; I laughed and asked if people could be so funny.

“As of Friday, the war had been on for 11 years and four days and here we are. It started on July 26, 2009 in Bauchi State, is it not enough already? Killing their leader, Mohammed Yusuf, extrajudicially in July 2009 in Maiduguri is the silliest thing they (police) have ever done.

“You never kill the head of an insurgency; you take him alive so that he can talk to his guys. We killed Yusuf but we are faced with Abubakar Shekau. Look at where we are.”