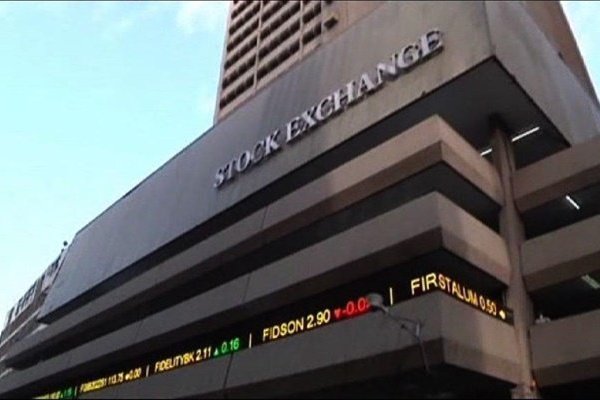 The Nigerian stock market opened for the week on Monday with a loss of N40 billion, halting five consecutive days positive run, speficially, the market capitalisation which opened at N21.530 trillion shed N40 billion to close at N21.490 trillion.

The downturn was impacted by losses recorded in medium and large capitalised stocks, among which are; Dangote Cement, Flour Mills, Guinness, NASCON Allied Industries and FBN Holdings.

“While we expect investors to book some profit from last week’s gains, demand for high-yield dividend companies should sustain the market’s bullish momentum,” they said.

An analysis of the price movement chart shows that Japaul Gold and Ventures led the losers’ chart in percentage terms, losing 6.58 per cent to close at N1.42 per share.

Meanwhile, the total volume of shares traded increased by 10.77 per cent as investors bought and sold 738.53 million shares worth N4.17 billion in 7,396 deals.

MORE READING!  Attack on aid agencies in Borno: 100,000 people in need of protection at risk - UN

Transactions in the shares of Japaul Gold and Ventures topped the activity chart with 92.36 million shares worth N145.79 million.