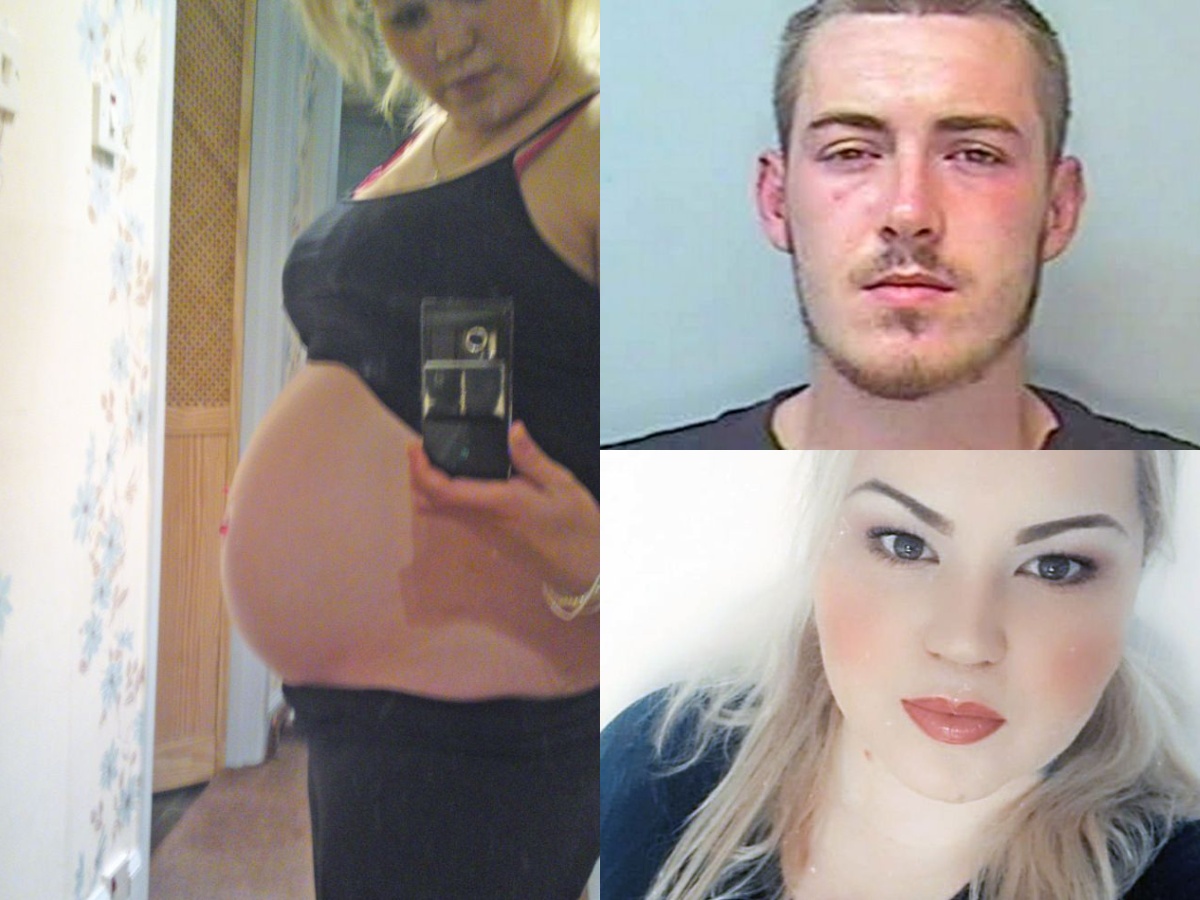 A 27-year-old mother-of-three, Samantha Smith, has opened up on her ordeal after her boyfriend brutally beat and raped her while pregnant with his child.

UK Sun reports that Smith who is a stay-at-home mum was seven months pregnant when her partner Samuel Phillips, also 27, violently attacked her at their home in Devon.

Following the ordeal, Smith’s abusive ex, Phillips, from Exmouth, Devon, was sent to prison for eight years after being found guilty of one count of rape and one count of ABH in December 2019.

Since Phillip’s imprisonment, Smith has summoned the courage to waive her anonymity to talk about her ex’s horrific abuse.

“I loved Samuel and he hurt me in the worst pay possible when I was pregnant with our child,” she said.

“I dread the day I have to tell our son that his father is a violent rapist. Now, I’m just concentrating on moving forward with my kids.”

Growing up, the former couple were classmates in school and reconnected with each other in 2015 on Facebook before becoming an item in April of that year, but Samantha was shocked by Philips erratic behaviour.

She said she was terrified that he’d hurt the baby: “I told him how I had two kids and their dad and I had split up not long ago.

“Samuel swept me off my feet, showering me with compliments and affection. I fell in love.

“Weeks later, Samuel was confiding in me about his family, saying how they’d fallen out.

“Suddenly, he snapped a CD in half and pushed the sharp edge into his wrist.

“I screamed at him to stop and snatched it off him. Samuel then dangled himself out of the window, telling me he was going to jump.

“I managed to wrap my arms around him and pull him inside. I was horrified.”

After the terrifying incident, Phillips became paranoid and jealous, accusing his girlfriend of having affairs.

Samantha discovered that she was pregnant in June 2015, with Phillips doting on her at the start.

Samantha said: “He shouted at me every day, accusing me of having affairs.

“He checked my phone constantly. I loved him, so I kept telling myself it was because he cared for me.

“I tried my best to reassure him but things only got worse. Whenever I said I’d leave him, he threatened to kill himself.

“I was trapped. I loved children. But I also didn’t want to bring a child into such a toxic environment.

“I showed Samuel the pregnancy stick and to my surprise, he was delighted.

“I asked if he’d finally get help and he promised to go for counselling. I thought it was a fresh start for us.”

But in October, when Samantha was five months pregnant, he flipped and brutally attacked her.

Samantha added: “It was his birthday and he missed the bus to work. Out of nowhere, Samuel punched me in the face.

“Then he started pounding his fists into my arms and legs. I was terrified he’d hurt the baby.

“I curled into a ball, trying to protect my belly. Afterwards, my eyes were black and my head had swelled twice the size.

“Samuel grovelled and said he’d get help again. I wanted to report him but I worried I’d get my kids taken off me.”

Two months later, when Samantha was seven months along, Phillips began pestering her for sex.

She explained: “I told him I wasn’t in the mood and he snapped. He ordered me into the baby’s nursery, locking the door behind him.

“I was sobbing my eyes out.”

Two hours later, Phillips let Samantha out and she walked back to their bedroom before he pushed her onto the bed.

The terrified mum said: “I screamed for him to stop because of the baby, but he ignored me.

“He then raped me. I was hysterical and worried I’d go into early labour.

“Samuel barked at me to pretend I was enjoying it.

“Terrified the kids would hear, I eventually put a pillow over my face, to muffle my cries.

“Afterwards, Samuel sat next to me and laughed ‘I just raped you.’ I hated him.”

She gave birth to a baby boy in February 2016, and was thrilled, until Phillips began demanding she sleep with him again.

Samantha said: “When I saw our son, all the pain and suffering I’d endured went away.

“I refused. So one night, he picked up our son and said if I didn’t, he’d have him taken away from us.

“I’d had enough. I finally plucked up the courage to report him to the police that day.”